Weekend Wheeling Trip In The CJ7

Weekend Wheeling Trip In The CJ7

Went to Sheriff's JeepFest this weekend.
Took the Blue Jeep out and did a little four wheeling. This was the hardest I had tested it, and even got it up on 3 wheels at one point. It did pretty good for being on light AT's.

Pic is coming off the trail. Unfortunately I was too focused on driving to capture the more difficult stuff.

Overall it's performance was good. It excelled at climbing steep hills.
I was impressed with manuverability and the way that the body design naturally kept itself away from obstacles such as near by trees. And y'all rocks.

Areas for improvement - Rocks coming up steep inclines were challenging, even though they were dry. Basically would just get enough wheel speed and burn out the whole way up, and several spots took 4 or 5 tries. More aggressive tires would help this I'm sure.

Lack of lockers led to decreased performance when suspension was flexed out, so I couldn't crawl through the really technical stuff. Again, just kind of hammered through it.
For the amount of four wheeling I do in this, I don't think adding lockers is worth it.

Kept wanting to stall on steep downward inclines. Definitely need to do some carb work this winter. 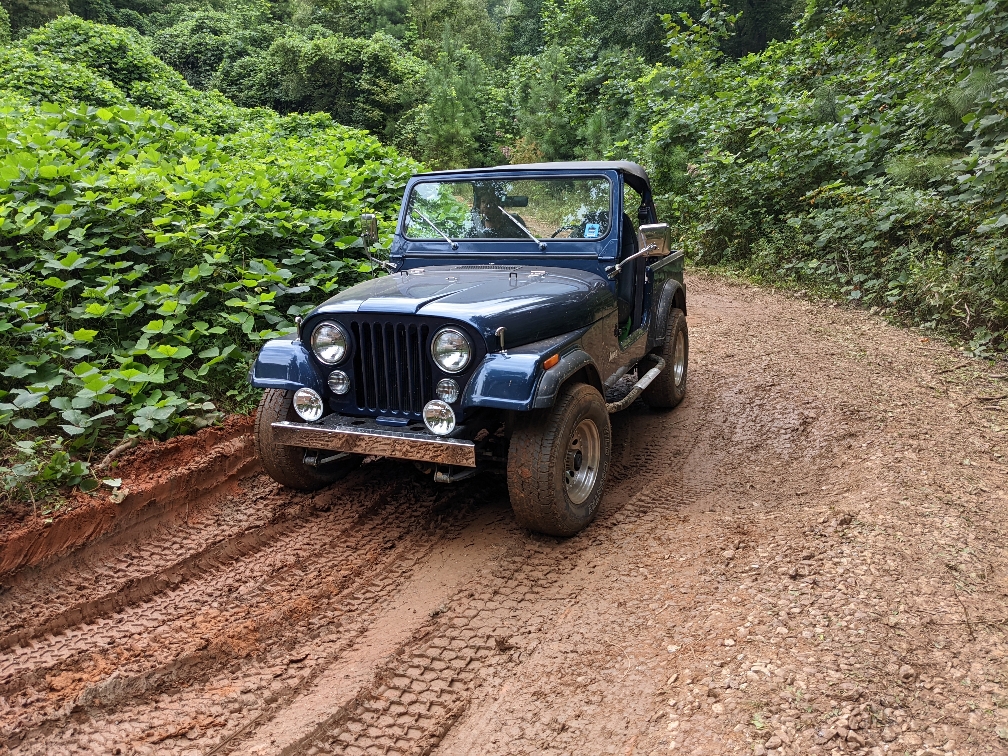 Sent from my Pixel 4a (5G) using Tapatalk

Looks like fun. I like seeing stock vehicles on the trail, means you can drive! I need to get out and do some local wheeling. I’ve not been anywhere less than 800 miles from home in a couple of years.
The bus I ride is so short it is a yellow Smart Car full of squirrels, monkeys and clowns.

This was actually my dad's Jeep. He has always been adamant that the engineers at Jeep designed them this way for a reason, so the one condition of me receiving it was that it has to remain stockish, with matching number block, axles and T-case. No lift either. Only non OE parts are the chrome bits, wheels, a radio out of a 66' mustang, Alpine speakers and I replaced the factory shocks and steering stablizer. Also repainted with a Toyota color. (Diplomat Metallic Blue)

Even though he said, "Once I am in the dirt, you can do whatever you want with it" I think I will just leave it be.

It was kind of funny seeing all these new school Jeep guys and gals on 4" lifts with stickies doubt this rig's abilities. At one point someone tried to prevent me from going on a difficult trail stating I wouldn't make it without a winch and lift.... Ended up cruising right through it! 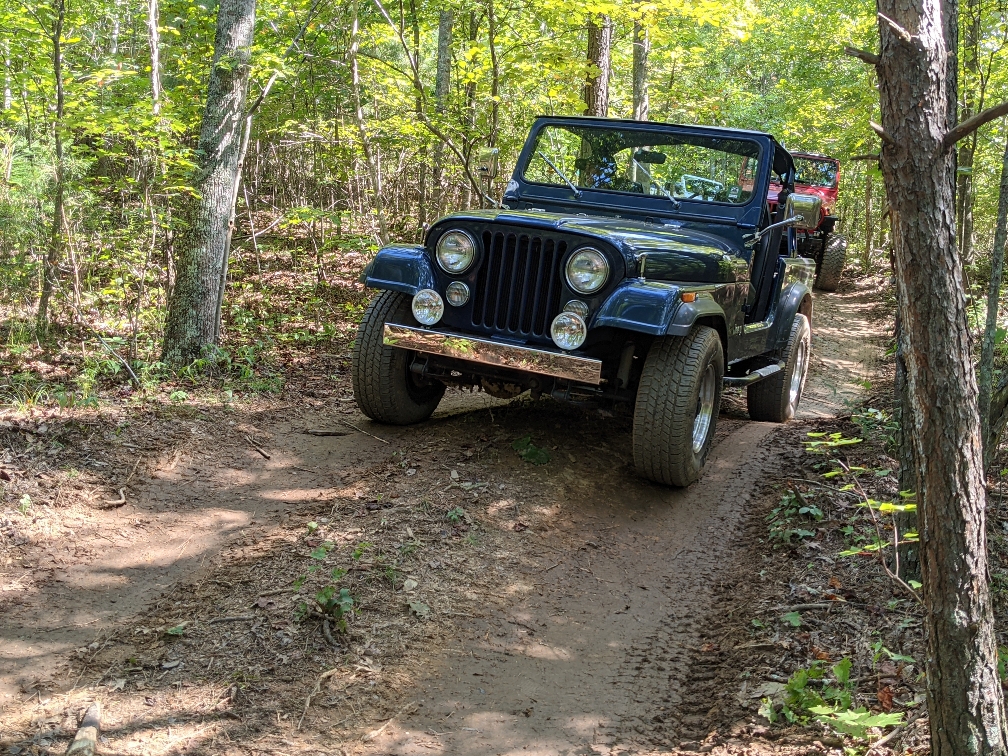 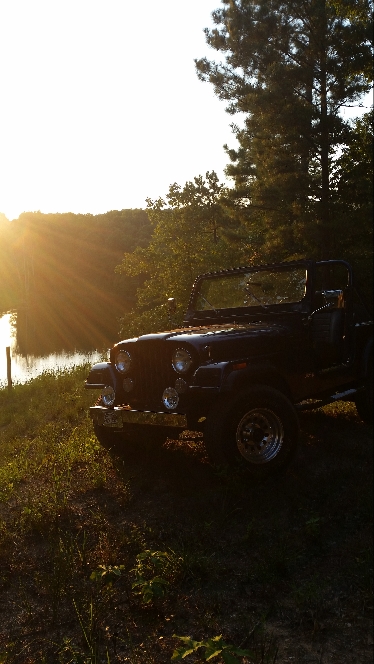 Sent from my Pixel 4a (5G) using Tapatalk

Very exceptional looking CJ. The ones that get passed down and kept true to the desires of the original matriarch, it makes each and every drive special and memorable.

It’s amazing the mentality that the ability to go buy a new vehicle with all the offroad bells and whistles all of the sudden if you don’t have all of that stuff you can make it. Can’t replace actually knowing how to drive and knowing what you can and can’t really do.

Not saying those folks aren’t important to our sport but many have missed the learning curve of starting out in something stock, no lockers, no lift, no big tires ect. Now if they start with that and then run the wheels off of it and learn how to use all of those tools that’s fantastic, unfortunately many do not and worry about what they can do and when they do really need all of those tools they aren’t able to effectively use them. What it has done is given the aftermarket the resources to provide us with an endless list of cool parts that other wise we wouldn’t have or would have to make.
The bus I ride is so short it is a yellow Smart Car full of squirrels, monkeys and clowns.