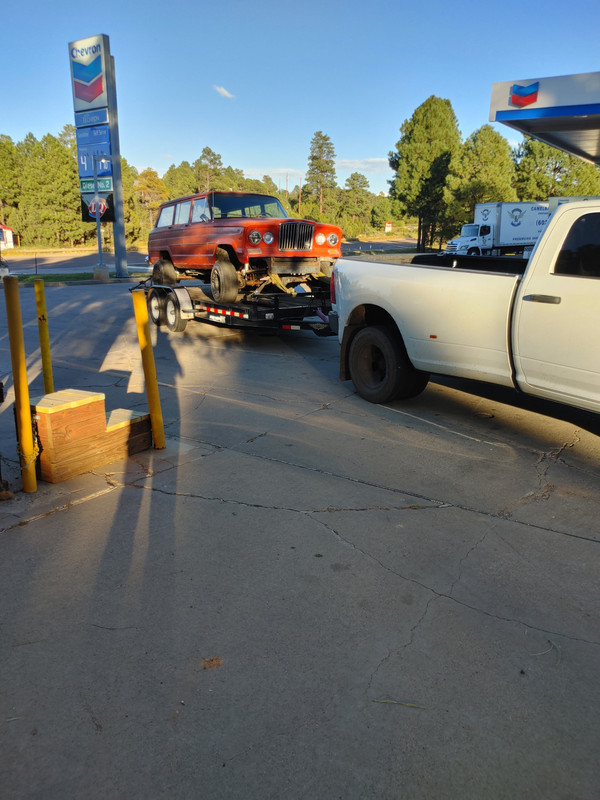 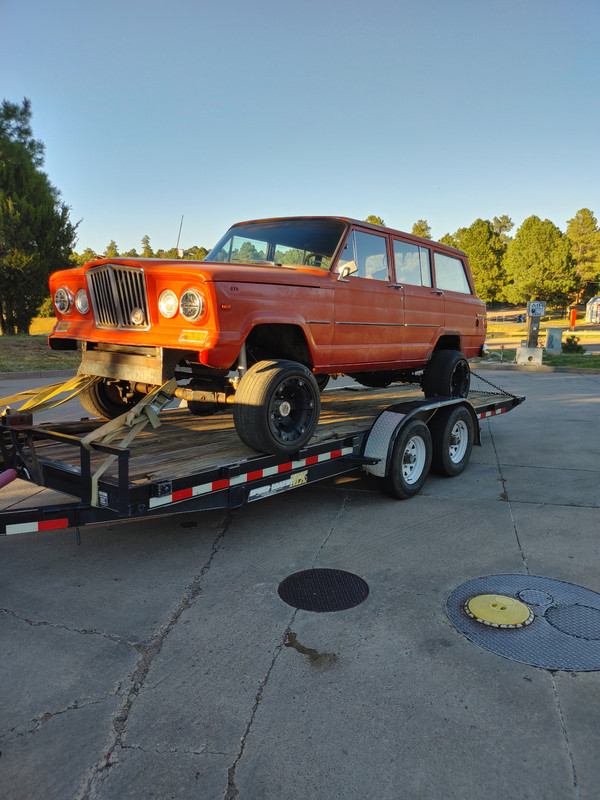 Here we are late in the day. We are on the way home after going up the mountain with the Heep on a trailer. You can see the little roller tires still on there. The Heep drives at this point, but has some seal leaks from sitting 8+ years that need to be attended to. Only the engine temp gauge works. The doors are not aligned yet so you have to hold them just right or the door won't close. No horn... missing somewhere. The windshield wiper gave up the ghost. No parking brake. No gas cap, we could not find the key to the old cap and just cut it off there. It wasn't the right locking cap anyway and was a PITA to get on and off even with the key.

So, considering all this and that the tires are 10+ year old used take offs not meant to be used on the road-- I elected to trailer it home.
Formerly: 06 KJ CRD (Constantly Repair Diesel)
Top 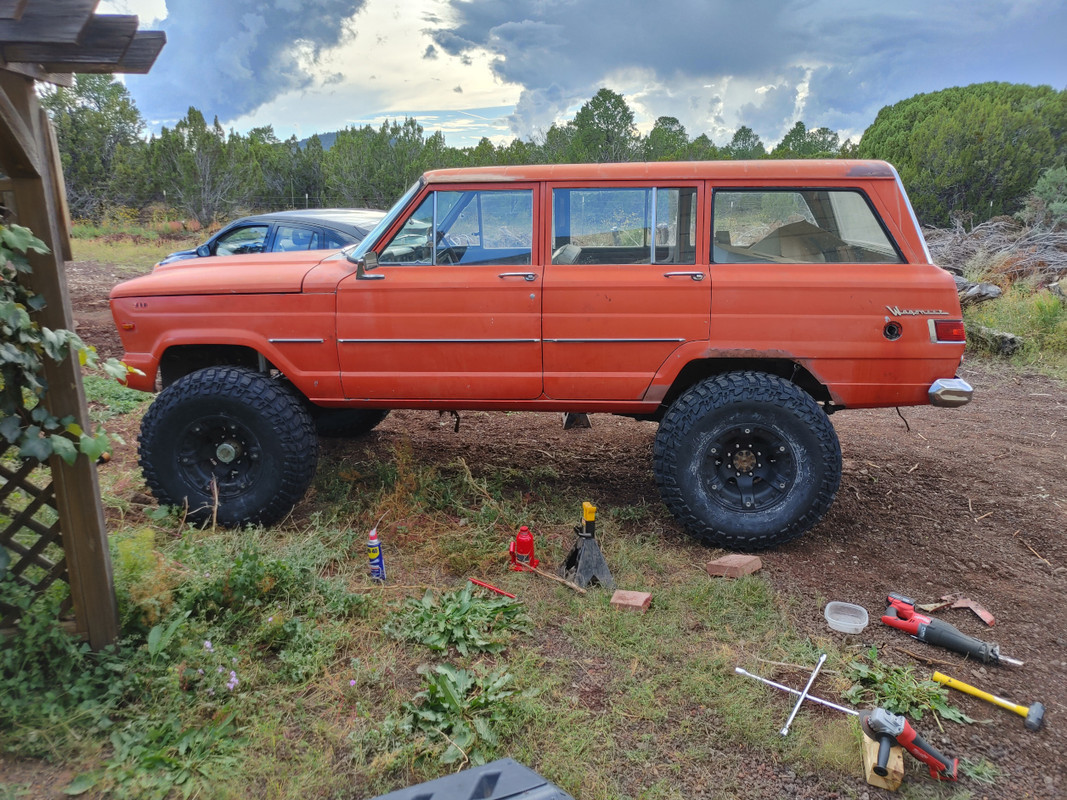 A couple day's later and new shoes are on... some cutting was required. Luckily, it was all rusted out where I had to cut in the rear quarter panels, so I didn't sweat it much, just hacked the rusted areas out that were in my way. However, much more cutting is required to clear/flex/turn. Eventually, I might get rims with better backspacing and less scrub radius, but probably not anytime soon. I am happy with moving the axle location's. The front axle went forward an 1 inch and the rear about 1.5-2 inches. You can see the rear tire is not as close to the rear door as some Wag's are. Will still need to cut, but it will be easier to cut above and to the rear versus getting too close to that door.

The new shoes are 37 inch Cooper Discoverer STT Pro's. I thought about the Patagonia Milestar's, but I did not like all the reports and video's of cut sidewalls, nor the Made in China aspect. So I went with the Cooper's as I have always liked them in the past, and the last SST Pro's I bought clearly said "Made in USA".

Thanks to Randy @ http://www.reliabledieselaz.com/ for the engine re-power and fitment work. Lots of additional work was done to make the 1 ton's fit including mocking up and welding in new spring perches and getting the hydroboosted brakes, new turbo and 1 ton steering gear and pump working with the Wag.

Many thanks to Andrew at https://letzrolloffroad.com/ for building up the shaved 1 ton axles.
Formerly: 06 KJ CRD (Constantly Repair Diesel)
Top

Next Up:
Those are the next priorities... then much more... bumpers, winch, radios, cage... etc.

Got the mono crud, so not too much going on. Progress since last update: 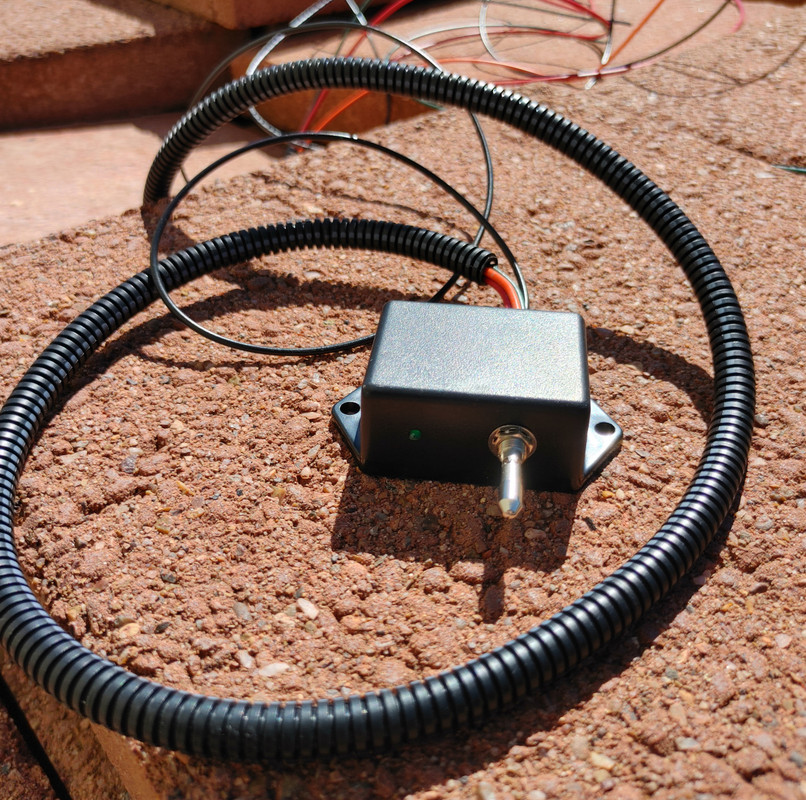 The Battery Isolator Switch before install. 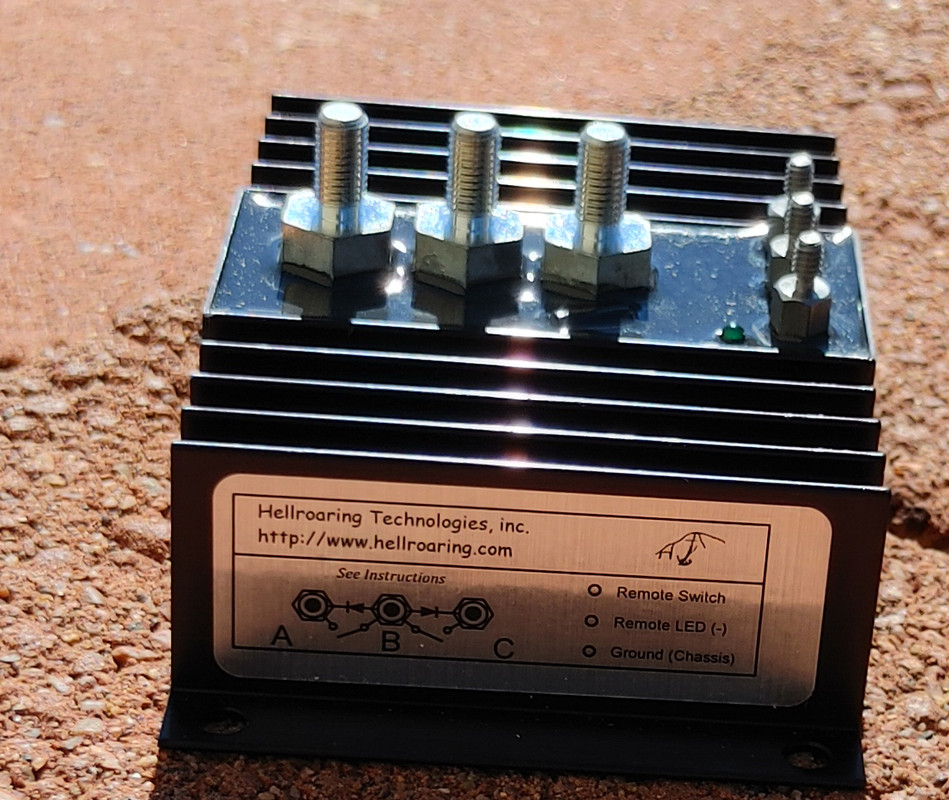 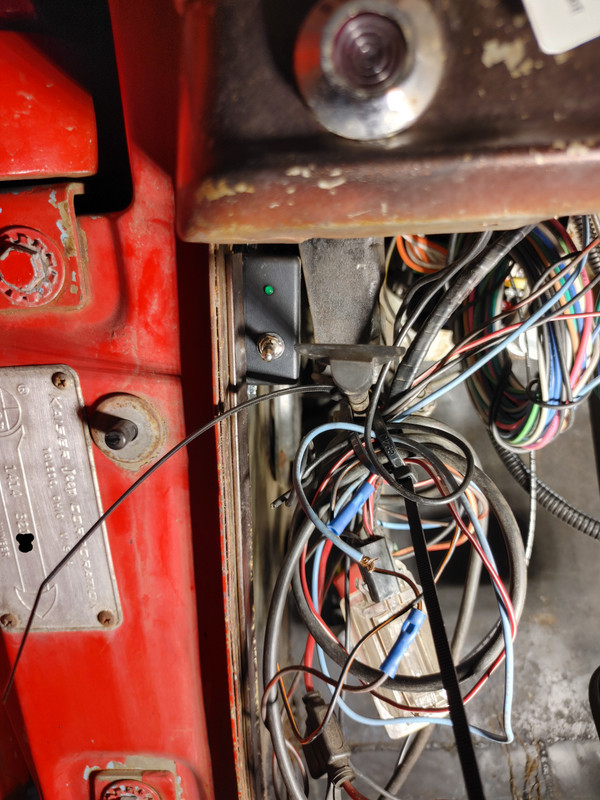 Above is the the Battery Isolator Controller Switch after install, please ignore the wiring mess. The dash wiring is just tied up there for now. The controller switch rests up above the parking brake assembly and is tucked out of the way unless you go looking for it.

Some strange stuff I found:
Also... I am working on horn mounts in the front valence since the batteries are mounted in the fender where the horn used to go. One horn will go on each side of the rhino grill facing the opening of the grill. Horn wiring is ready and waiting...
Last edited by Pablo on Wed Nov 09, 2022 12:49 am, edited 3 times in total.
Formerly: 06 KJ CRD (Constantly Repair Diesel)
Top

So, progress... slowly:
Issues:
Also, to bench test the old 64 wiper motor I found this helpful: 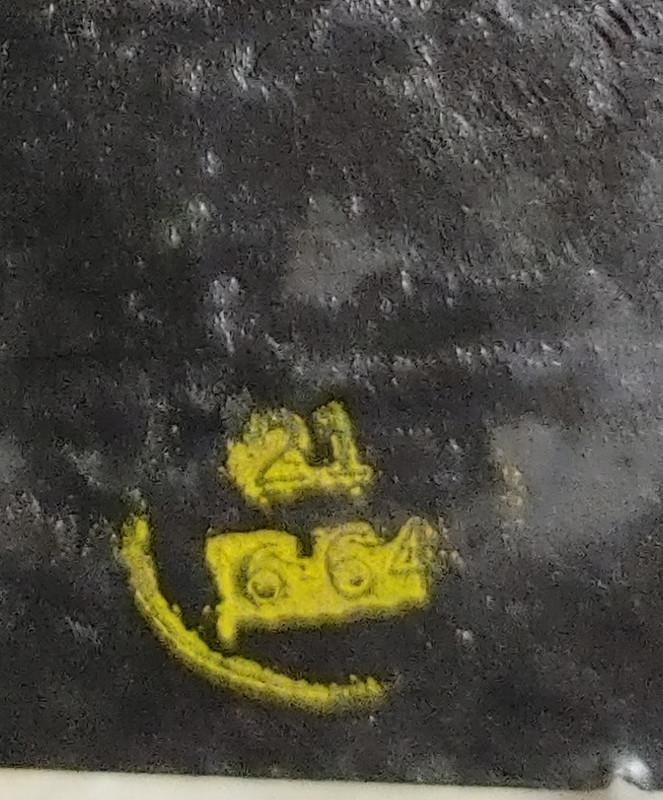 The rebuilt stuff I have used doesn't impress me in the last few years, so I have elected to rebuild the old washer motor myself. If that doesn't work, then I will punt and order a rebuilt unit. 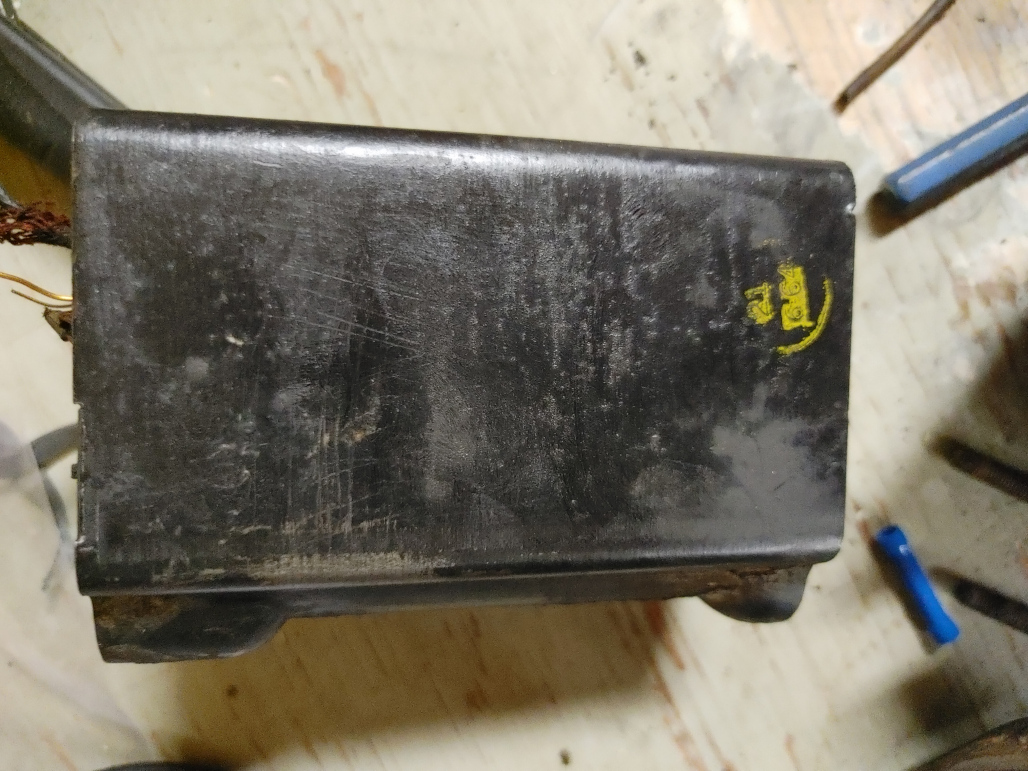 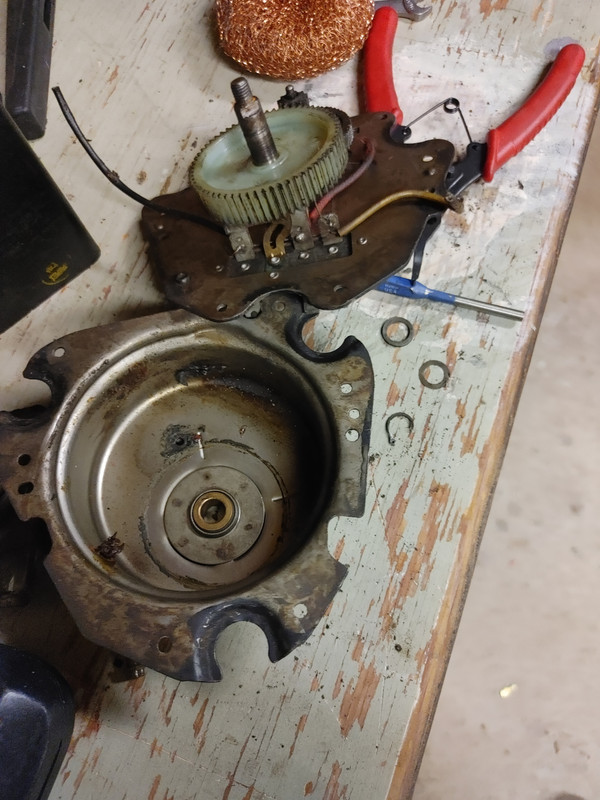 So, I drilled out the rivets and took it apart. It is filthy with a capital F. The original grease is mud at this point... with dirt and a dead bug or two in there that I fished out. That explains the grinding noise... 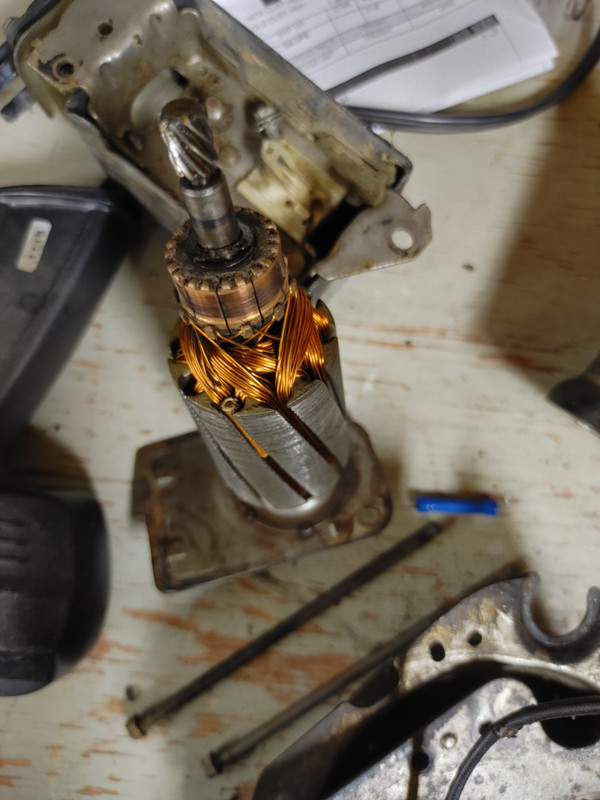 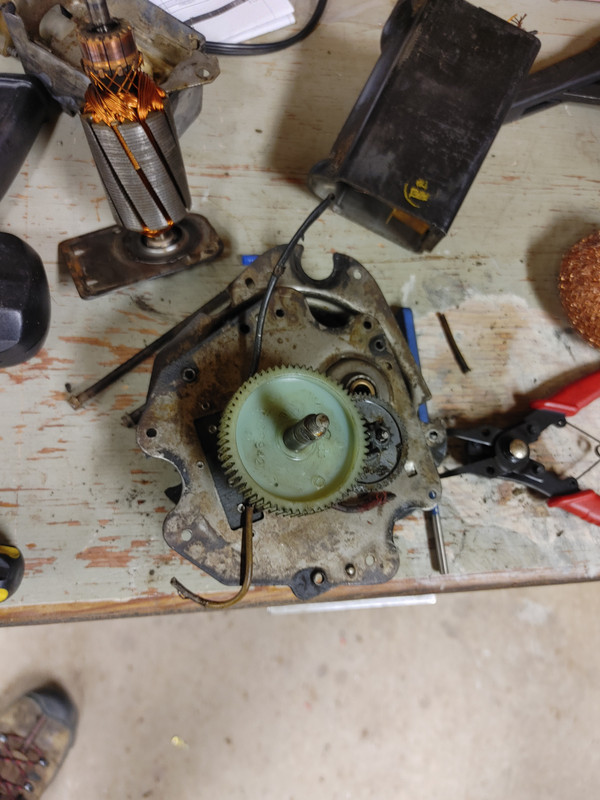 The internal wiring is shot. It has cloth insulators that are fraying. 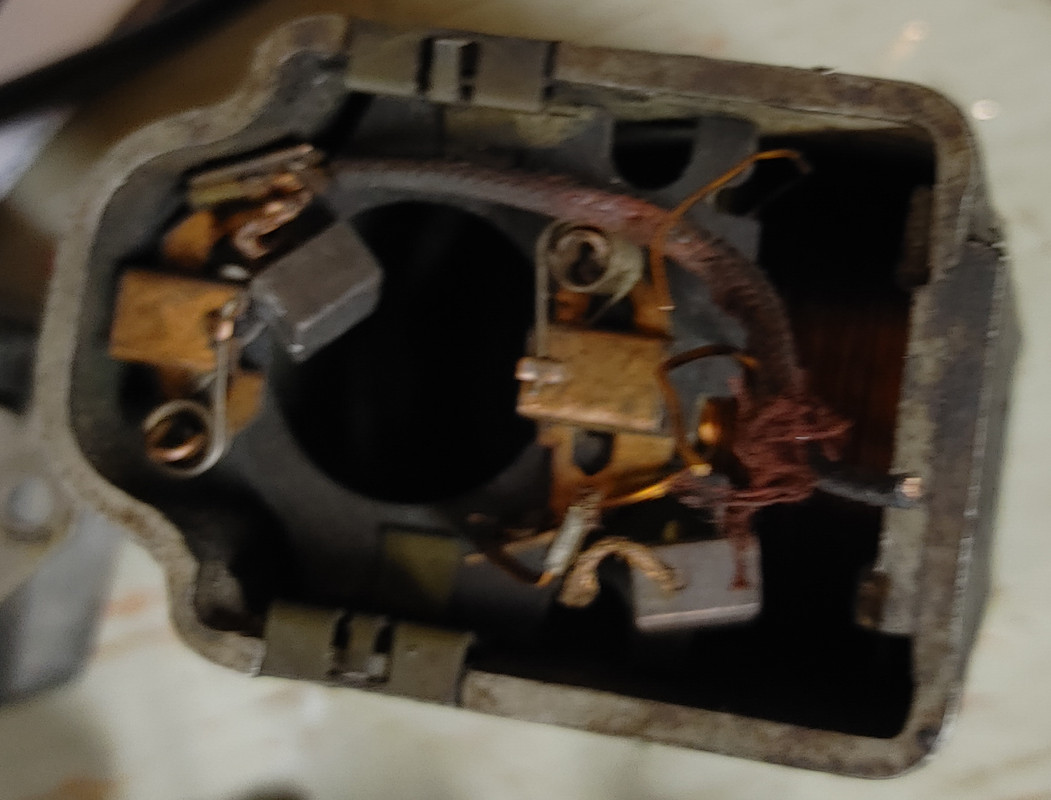 The brushes look... well brushy in my non-expert opinion... but a little worn/short. The springs holding them in tension are kinda rusty and suspect at this point. Not sure if I can replace those springs though as I don't know anything about getting new ones of the correct type/tension.

The seal between the firewall fell apart upon removal, so I will order a new one.

I am ordering the brushes and the parts to rebuild the washer assembly too. I have not gone inside it yet. It clicks when the magnetic switch is triggered on the bench but that is it. I expect all the seals are shot. 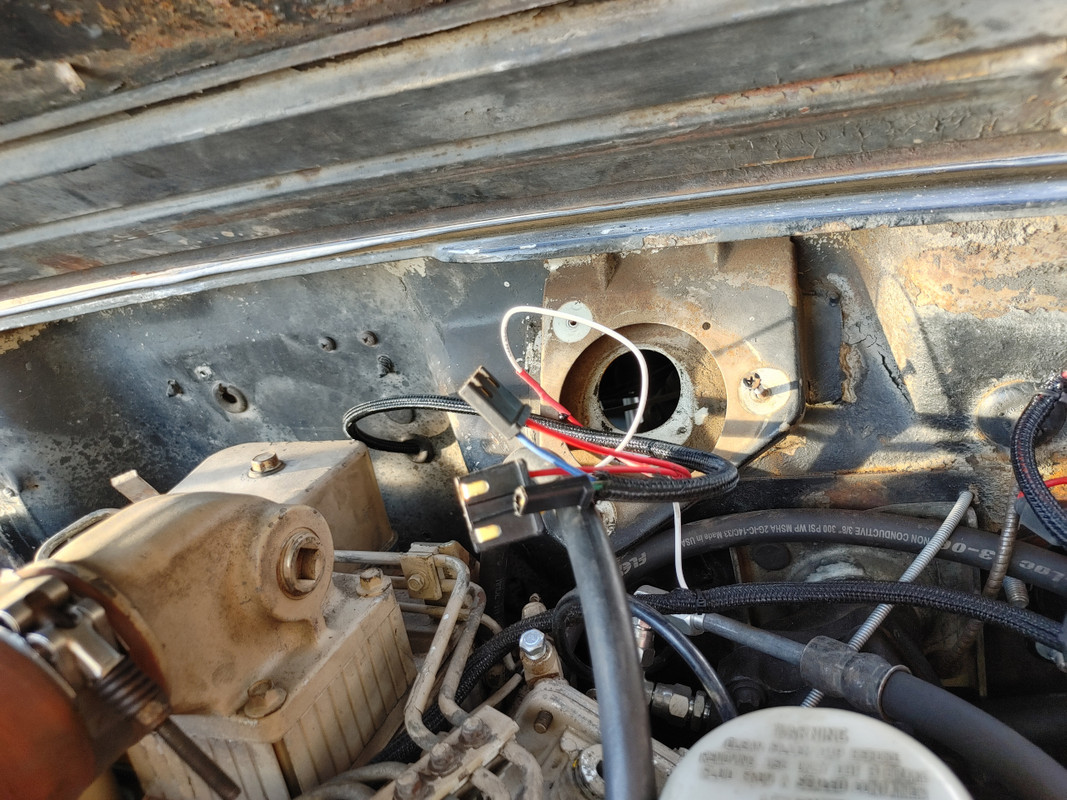 I have redone the wiring harness from the dash switch to the wiper/washer motor and used mainly new packard connectors (two original connectors remain since I could not find replacements for them). I just de-pinned the old connectors and inserted the new wiring terminals into them. That is the last of the original wiring that was hooked up to anything, so I can rest a little easier. There are still courtesy lights and feeds that are not hooked up and I will get around to replacing those wires later on before hooking them up.

Other stuff I have made "good enough to use", but not really done yet:
I have not had time to get the horn mounts done, but the horns and wiring both test ok.
Formerly: 06 KJ CRD (Constantly Repair Diesel)
Top 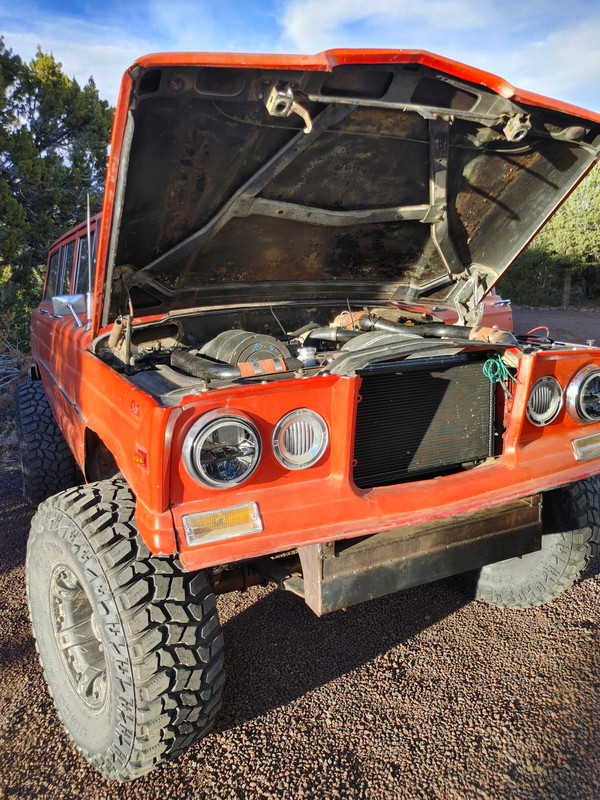 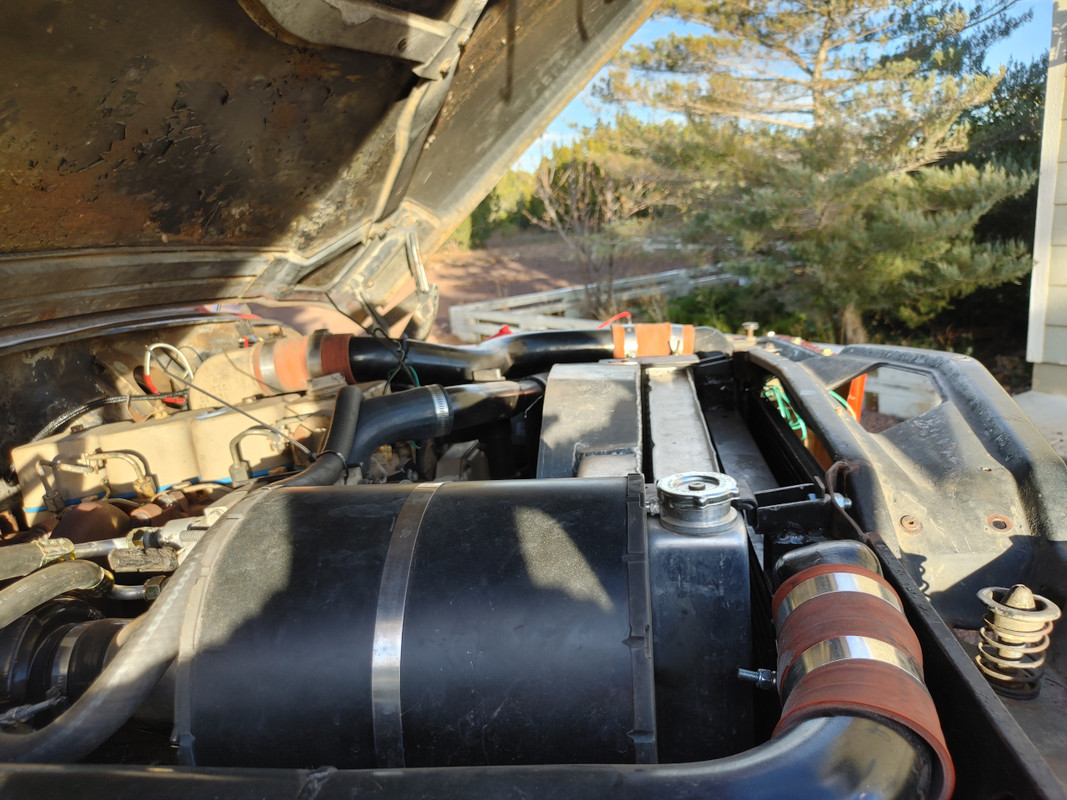 I am not touching youtube, so sorry about that in advance.
Formerly: 06 KJ CRD (Constantly Repair Diesel)
Top
Post Reply
108 posts