unbelievable! this is great stuff. great gauges, especially the markings. You could put the ones in you don't use, wait for later but at least they are installed there. Those are almost too cool to storage. Choices!
Top

Thanks. I am sure some might not work right and others will need lots of work. The diesel gauge will need to have the direction of cable reversed and then multiplied by 1.5 or something. There are parts out there to do it, but some want and arm and a leg. Then there is hooking it up to the 4bt itself. It will be an adventure... but I think it will be worth it.
Formerly: 06 KJ CRD (Constantly Repair Diesel)
Top 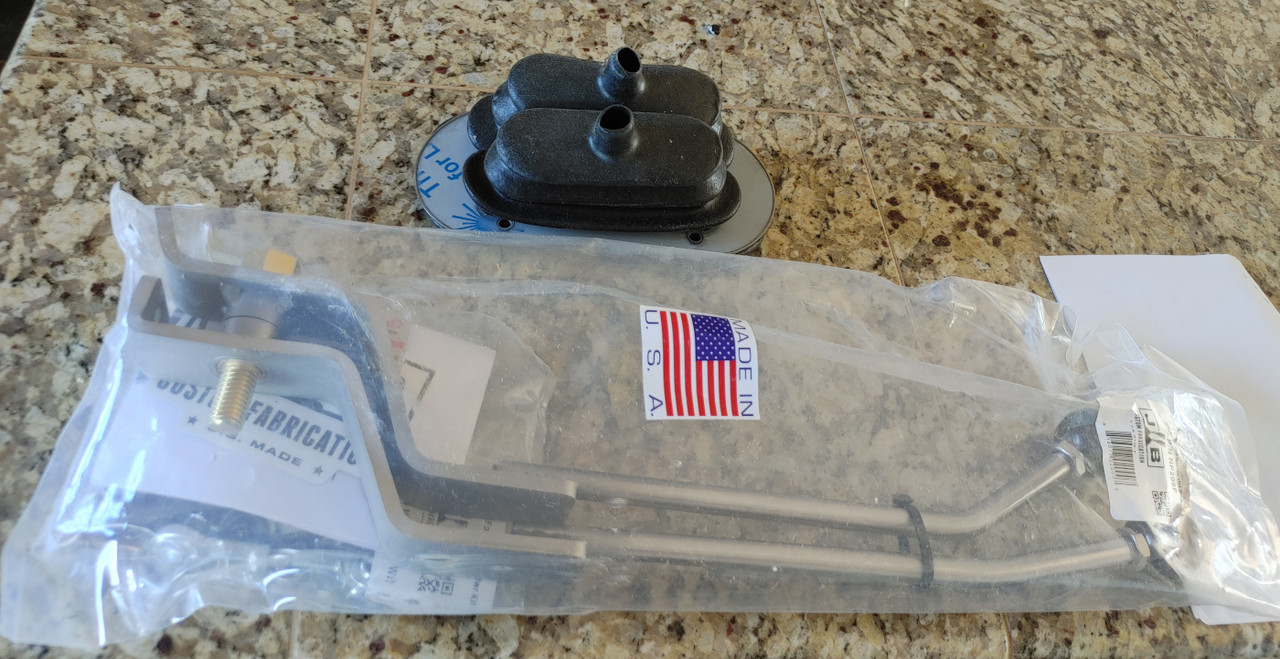 HVAC unit is not getting here till after the holidays.

I will be visiting the Jeeps this holiday and hope to have progress pictures of the actual build. Will also be moving the parts Jeep and take off parts to my home and will start cataloging parts that I wish to keep sell/keep...
Formerly: 06 KJ CRD (Constantly Repair Diesel)
Top

This is a great build
Top

Did you ditch the factory heater box?
Top

So, progress occurred during the Christmas break. Considering the state of the world, I am antsy do get her running before WWIII/Civil War/ Pandemic 3.0, Armageddon, depression, climate change, space aliens, a deadly asteroid or whatever other pile of crap is coming toward the fan.

Speaking of fans, all the fans that worked with the horton clutch were so huge that clearance with the super duty steering box up front was an issue. So we had options: The second and third options were not in the cards for our timeline, so the Horton is out for now and we are using a Chevy fan blade and clutch that we had laying around. I will revisit the Horton at a later date.

We got the following done:
She almost ran and moved under her own power, but we were missing some brake connectors. Also we were waiting on the hydroboost hose from the hydro shop.

I am held up by the lack of a Vintage Air unit, we are going to have heater hoses and ac lines that we cannot finish until that gets here.

No pics right now, but I am going back soon and will have pics then and maybe a video of her moving.

There is still a long way to get her done, but moving under her own power and stopping and steering-- that will be a very good thing.
Formerly: 06 KJ CRD (Constantly Repair Diesel)
Top

Well, it lives. Started it up today.

HVAC Box is here too.

We are on track for running down the road by mid-April.
Formerly: 06 KJ CRD (Constantly Repair Diesel)
Top

So April... well that didn't happen... Currently waiting on shocks. Everything is back-ordered. The air they put in the bubble wrap packaging is also back ordered. The electrons that are used to send you this post were probably also on back order.
Formerly: 06 KJ CRD (Constantly Repair Diesel)
Top

Well, the temps are here, but at least the shocks and wiring harness parts are here too.

So glad I'm up off the valley floor, I had to deal with 90° weather this week...

And where's the new pics???
Jeff

The exhaust is pretty much in, the shock mounts are done and the shocks installed. A custom trailer hitch was built and installed. So the Jeep may be bringing its parts Jeep friend home up the mountain very soon.

As for pics. Well Jabber... the new pics and video are missing since the Jeep is in the Valley and I am not.

I was trying to make a trip to get the parts Jeep and take pics of the built Jeep, but the fire danger this year forced me to bring up a dump trailer instead. Clearing the dead fall from around the house has been a priority these past two months and I have worn out many a chain on the chainsaw. I didn't think I had so many overgrown Juniper on less than 3 acres, but apparently I did. I probably still have 25 yards of downed trees to get out of here and lots of stumps to dig.

This upcoming week the basic wiring will be redone. I don't want it to burn to the ground with the original '64 wiring, so we are building off a hot-rod harness to make the basics work. The original headlight plugs broke off in my hand when I took the headlamps off back in 2013. I think they were made of bake-lite. Maybe it was plastic, but it crumbled apart and came off the lamp plug in pieces. I don't really trust the rest of the wiring insulation enough to make it home. If I remember correctly, the insulation on the wiring going to the rear lights was actually cloth

So this week is basic brake, headlight, turn signals and basic gauges: EGT, temps, and boost. Oh, we have to put the Vintage Air back in and hook up the AC lines. Then we slap the front doors back on and start test rides and order/fit tires.

It has been a long road, but at least it will drive again soon.
Formerly: 06 KJ CRD (Constantly Repair Diesel)
Top

It's always exciting to get the first run in. Would love to make it over one day to see it.
Jeff

Nice it is coming along.

My own FSJ project is just starting, but not "starting" is an issue right now.

Hoped for the best, but getting the worst, and hanging in there no matter what