Show off your FSJ photos and videos!
Post Reply
107 posts

So, the LS engine guy came through great.
He would either swap me out an engine he had in stock (a 4.8 LR4 from a 2004 express van that looked absolutely great internally), or he would get me another 5.3 whenever he got another one in.

Since, I'm not looking to compete with the Jones' and simply want a fully functioning vintage rig for weekend projects and camping, that has full parts availability, I told him the 4.8 would do fine for me.

So he delivered it and exchanged it for the blown 5.3 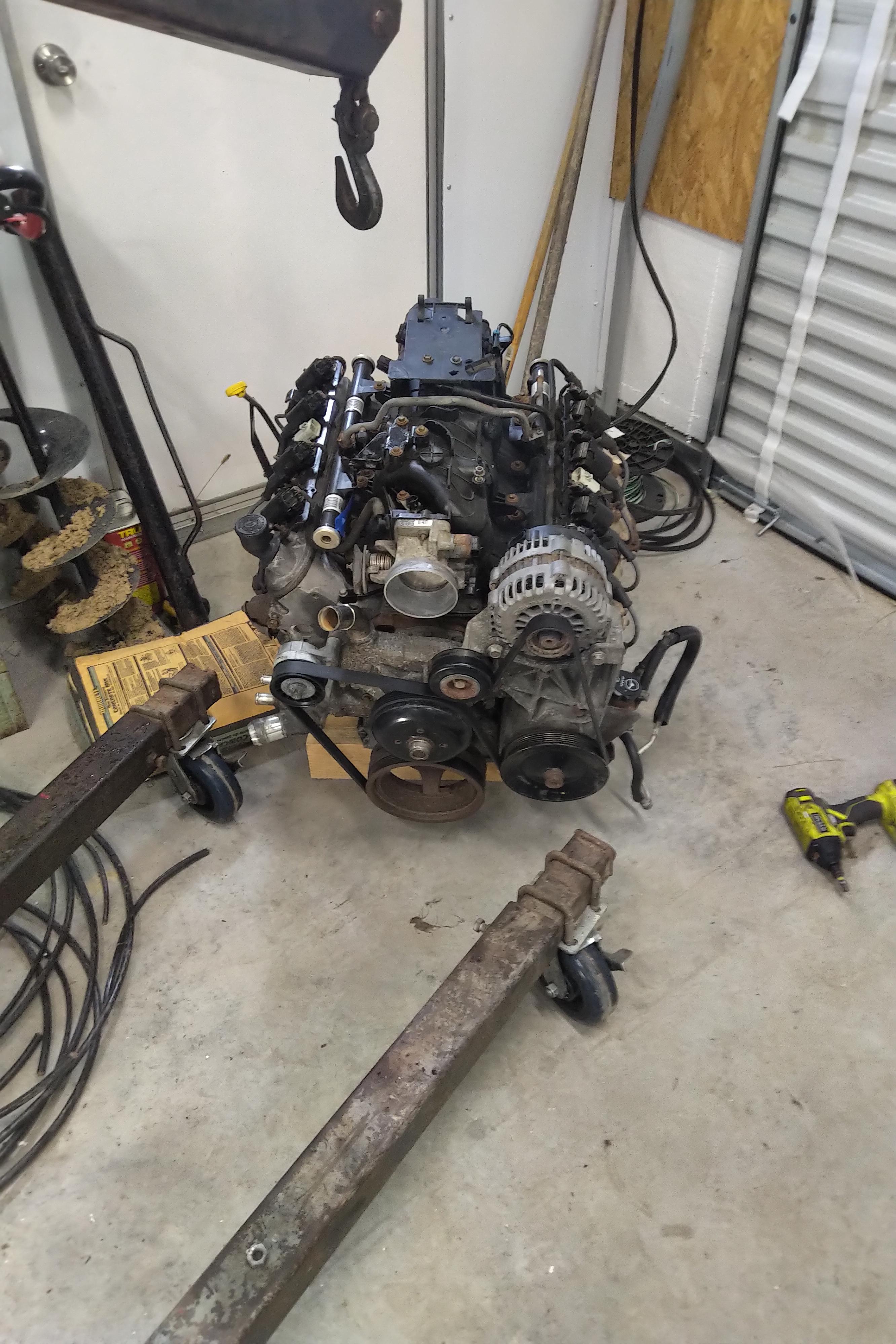 I had already set up my return style fuel system to returnless in anticipation of this motor.


And also purchased a 4 way steam port tube since it allows for easier cooling system burping. 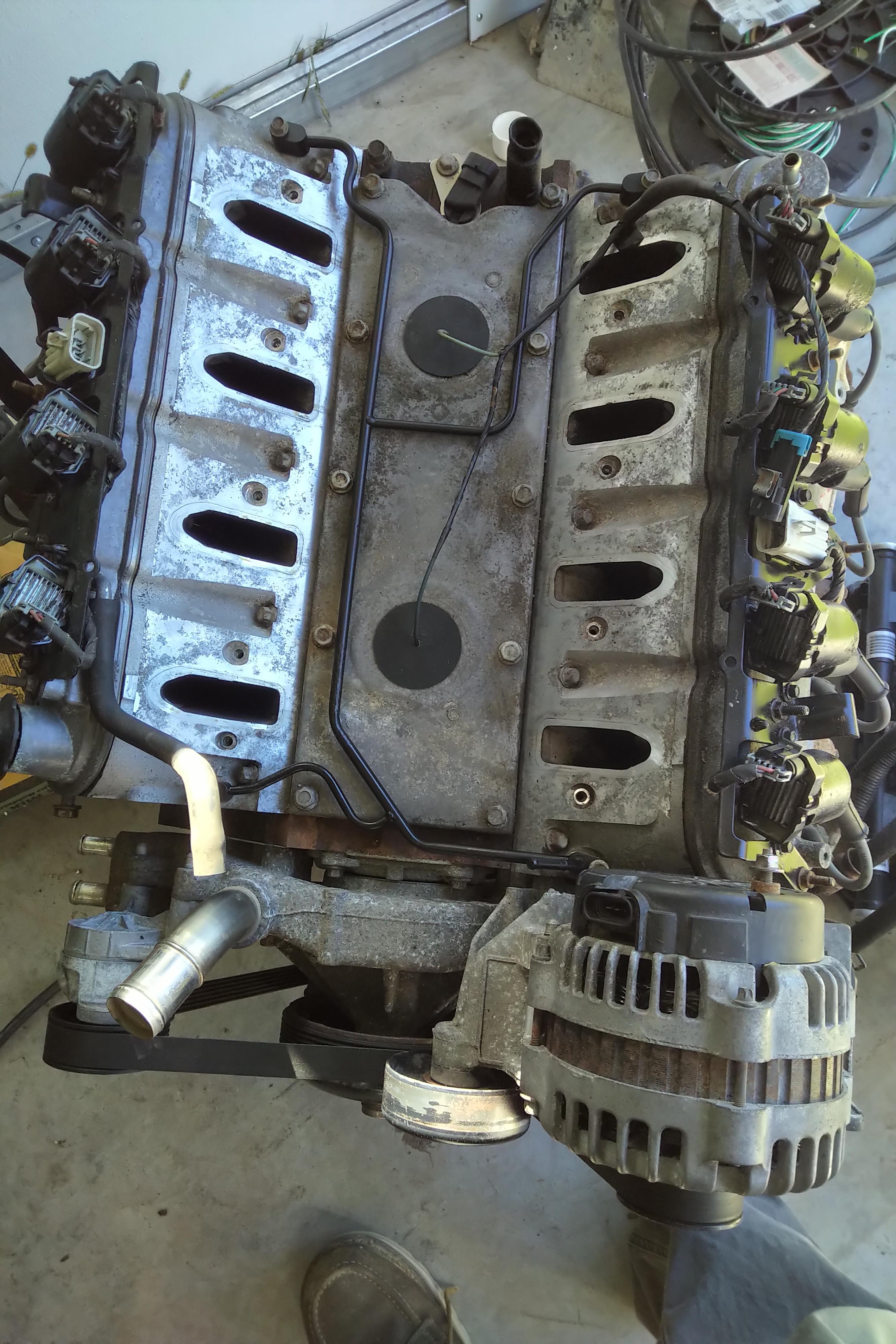 So, the intake came off, and the new steam port setup went on with fresh seals.

At this point, my friend once again came through by assisting me with reassembling the drivetrain, reinstalling it, and reinstalling the front clip.

Also by this point, I was over the process, wasn't enjoying the moment, and shirked off taking glam shots.

I did take a picture either yesterday or today of it in the Jeep. This was after the first several test runs along with a drive. 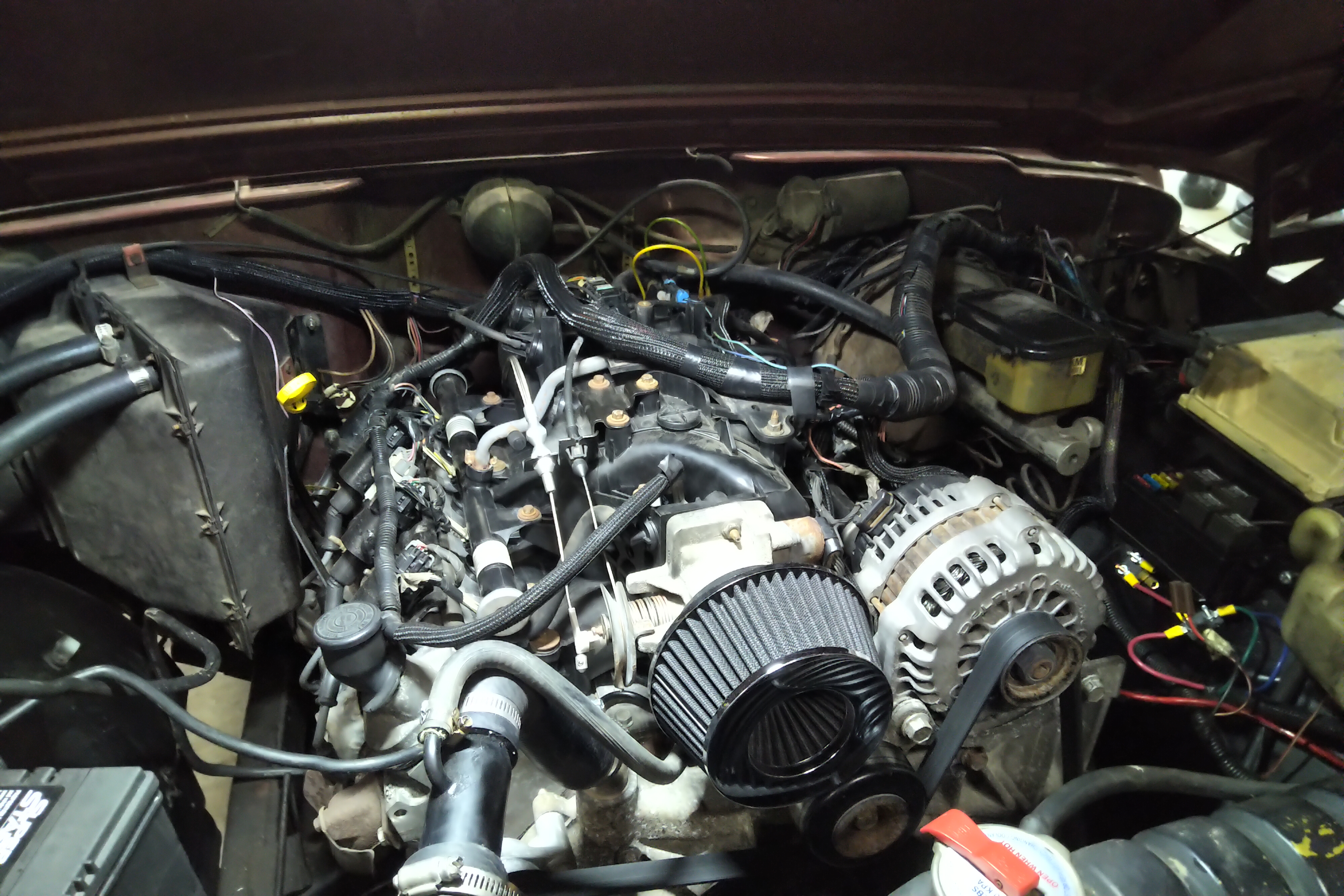 Thankfully, everything went smoother this go around.

Here is a video from the 4th or 5th shakedown run after I had gotten the shift points closer to where I want them.
https://photos.app.goo.gl/e9npSqKM98ESUYjm6

So, the Jeep is officially repowered and driving in its new format. Still a few final bugs/quirks to sort (Like the stupid flex track that broke in the passenger front door) such as trying to soften the shifts just a tad more. Still have to go to the exhaust shop and have the y pipe made, but have a flex exhaust setup so I could prove it a bit before i have someone else touch it.
84 Grand Waggy-Radio Flyer (Garnet Red/3M Ebony Metallic woodgrain, with honey interior) AMC 360

Wooo thats a heck of an update!

Wow!! I believe this is the route I’m going to take on my 84. LS with 4L60E. Thank you for your write up and updates.


Sent from my iPhone using Tapatalk

Much more common that adapting the 727, but the trans was just rebuilt and I didn't want to spend $$$ on new driveshafts.

Longest drive so far after swap. Back to my hometown 30 miles away.

Decided after all of the tooling around in the local area and town, I'd top the tank off to see what "city driving range" was.

15.8mpg on the local backroads/city stop and go, with very little driving at or above 55mph. Most was below 45.

The power of the 4.8 is adequate for what I want. I'm still rocking the 727 stock transmission. The axles are still 2.72s, so no OD is really needed.

That's great mileage especially with the 727!!