Show off your FSJ photos and videos!
Post Reply
13 posts • Page 1 of 1

Been on the hunt for a Cherokee for a few weeks and scored this hoopty on FB Market. Was really wanting a Laredo to match my J10, but for a grand I couldn't pass this up. It appears to be a base model, and the engine is smoking really bad. Good thing is I have three 258's in my garage needing homes. Looks like a 258/727/229 combo. Correct me if I'm wrong. I took a picture of the 4x4 shift lever.

It's high mileage, but aside from the smoking engine, the transmission and transfer case work fine, and there is almost no body rot (just two small spots behind the rear wheels). Plans are to swap out the engine, fix the rot (and front floor pans, but that's easy), and try to get a respray on it close to original color.

Anything else I need to look for or keep an eye on during my refresh? The PO said the rear window works (shocked), however since I'm parking it outside for the time being I haven't tried to mess with it at all. 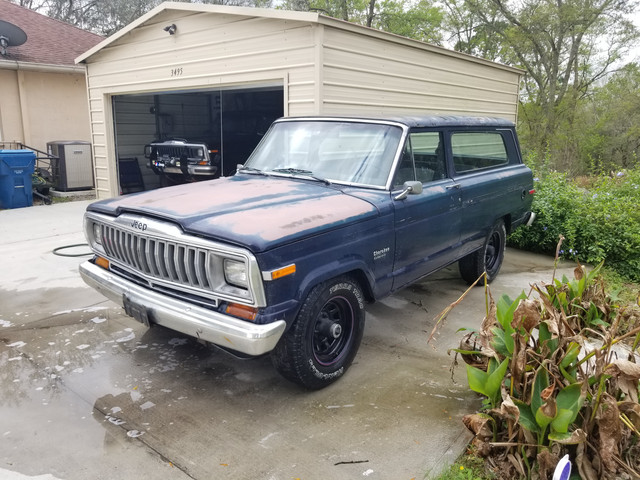 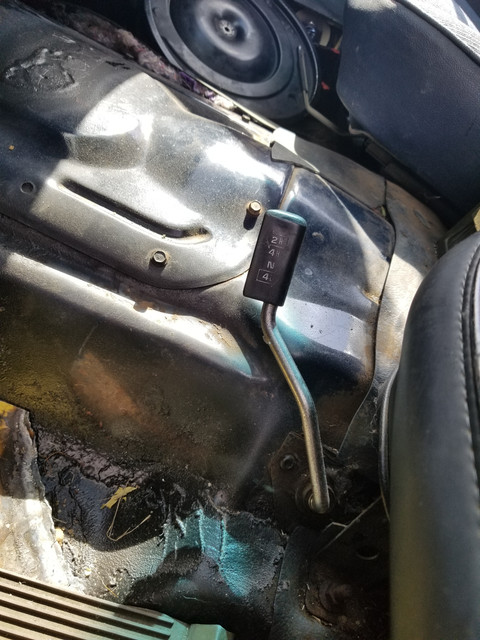 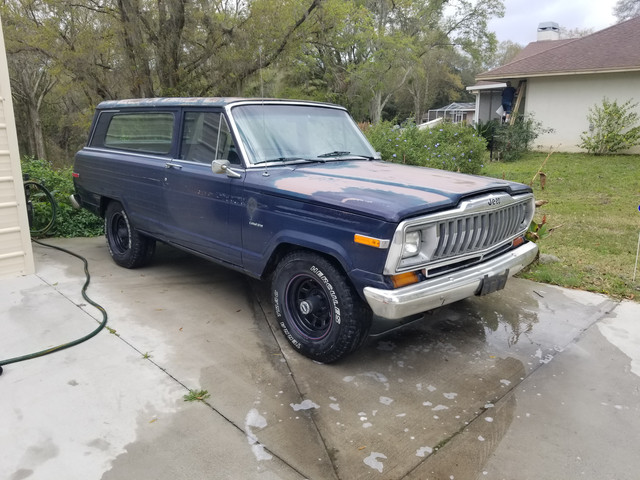 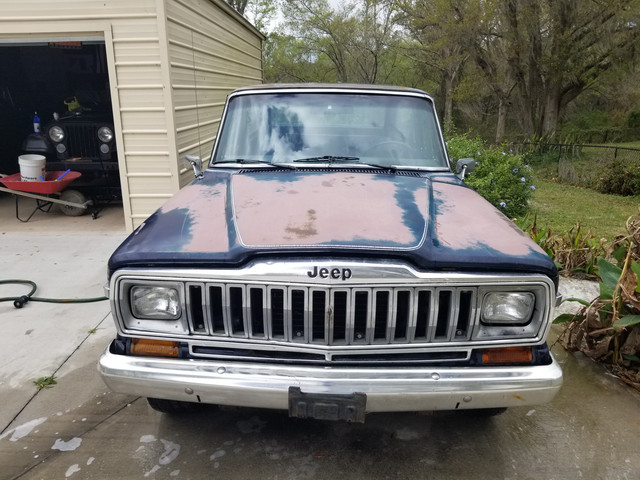 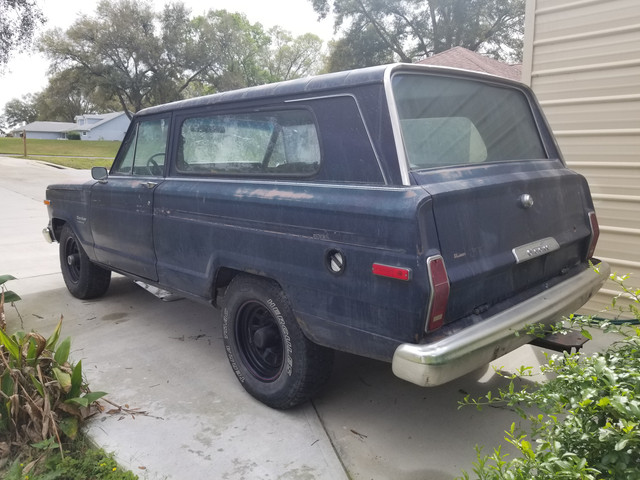 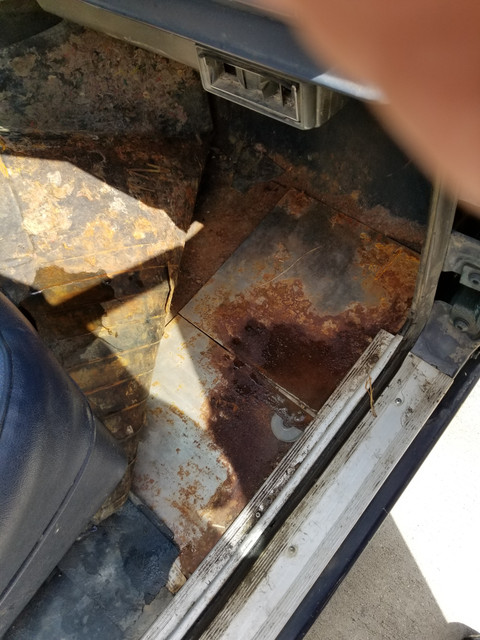 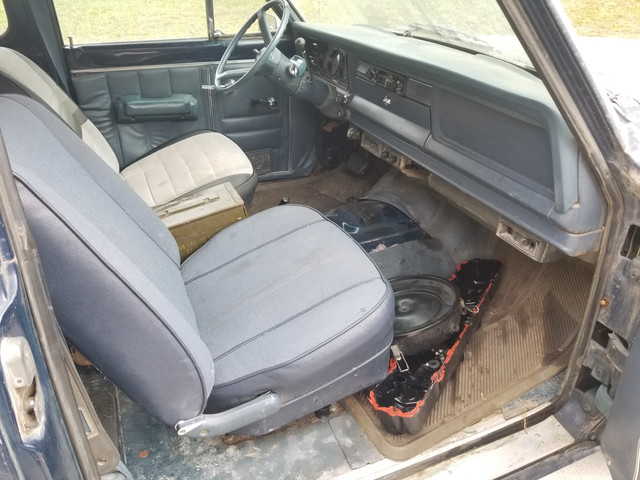 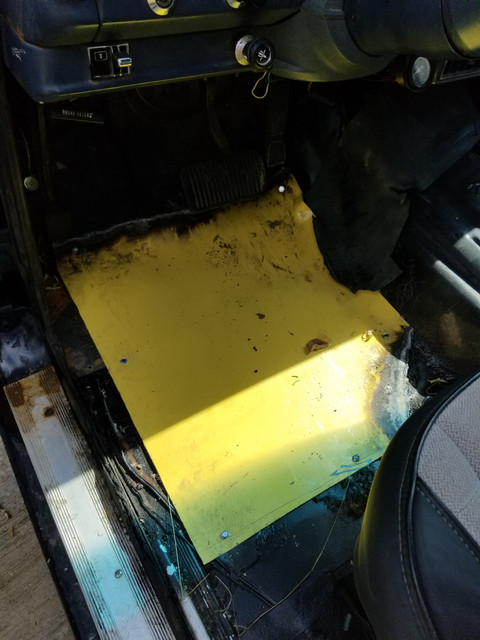 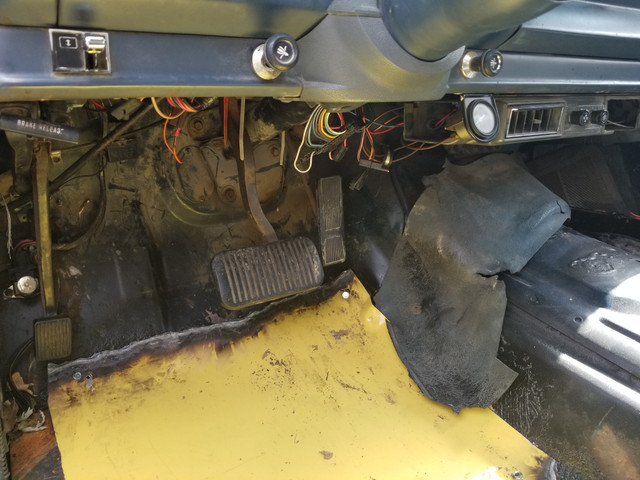 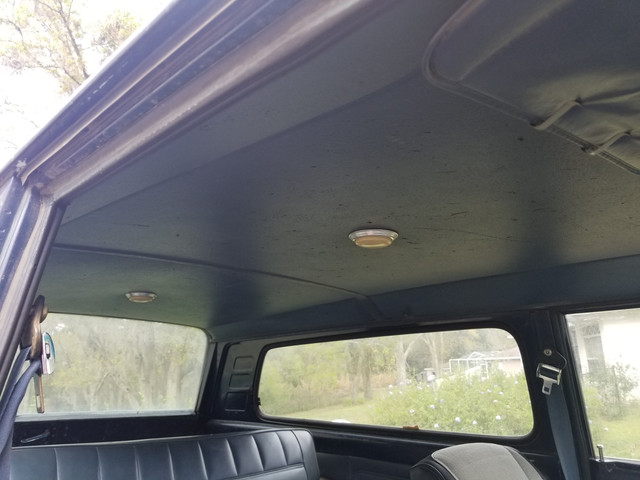 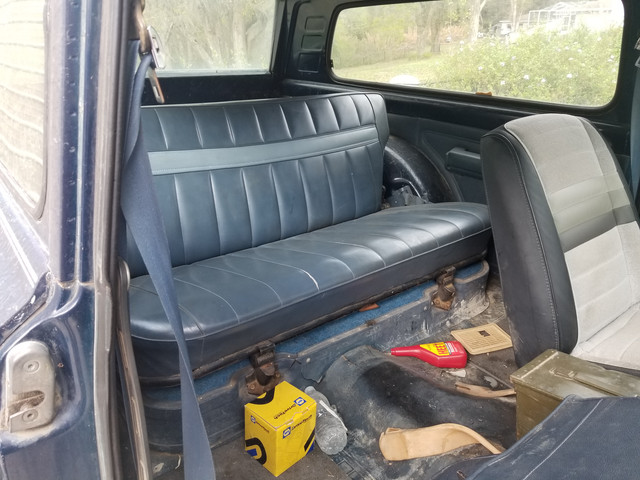 I went back and looked at your photos, and noticed the t-case shifter has a 2wd mode. The NP219 doesn't have 2wd. So either the shifter/knob was replaced with one from a later FSJ, or thats a very late 82 and actually has a 229 (Officially offered in 83). Probably just need to look at the plate on the back (big round plate, will say AM219, AM229, AM208, etc).

Very cool!! Its not a Wide Track but is solid. I want one to build a pickup out of.
Top

I sold my CJ, '68 Torino and the Ugly truck this year. I only have two FSJs left. Jeremy my friend, you have past me as a FSJ hoarder

Just checked and looks like I've got the 904/np208 combo. Manual hubs also. 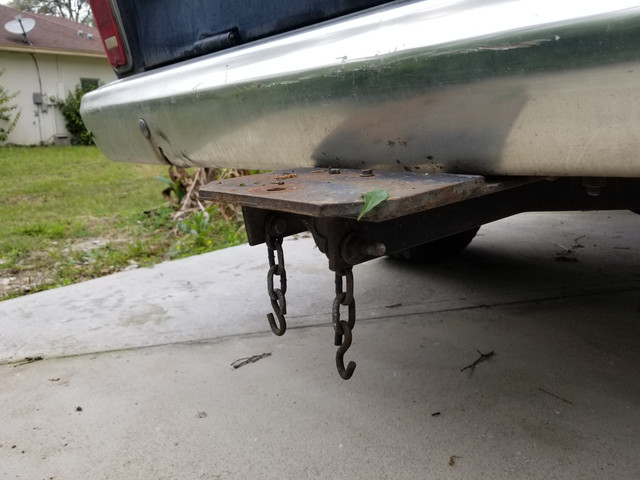 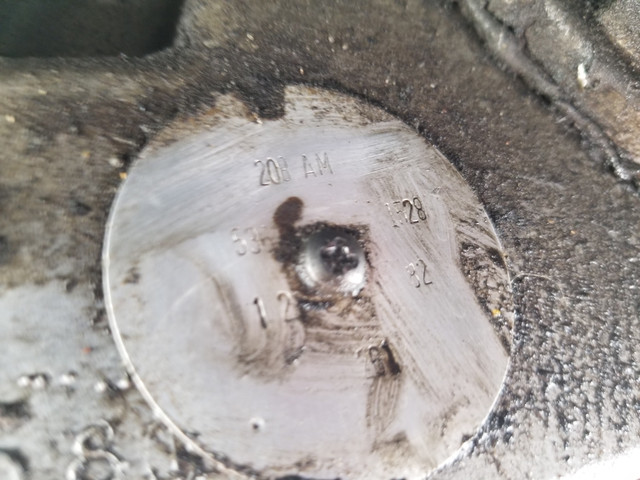 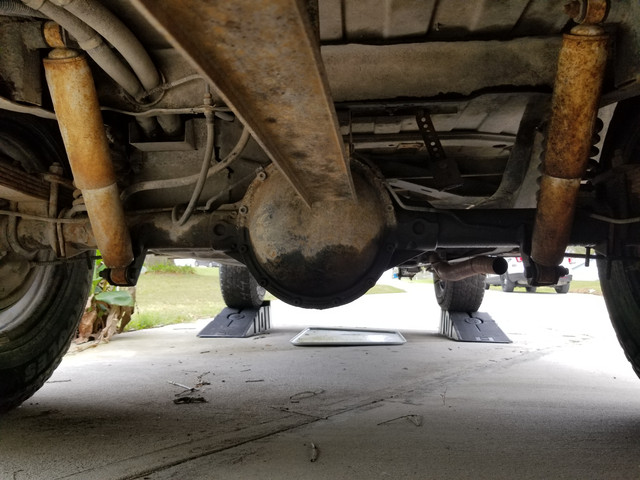 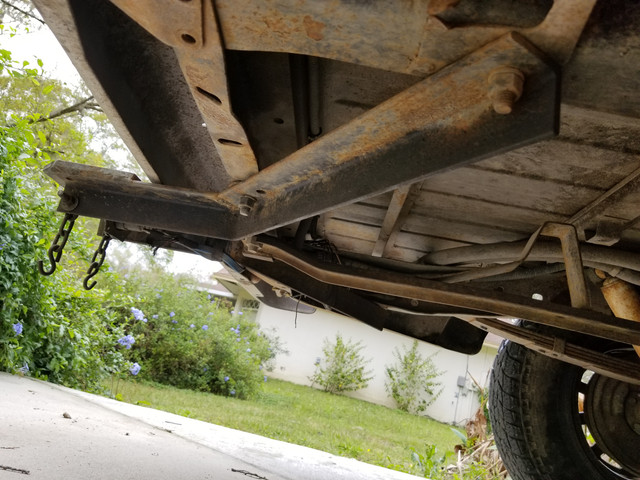 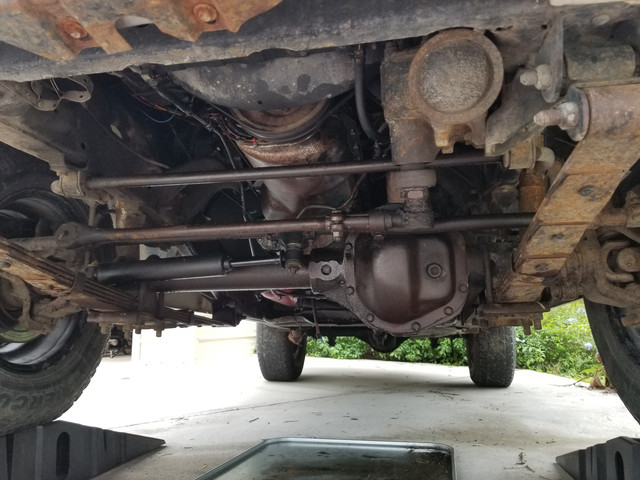 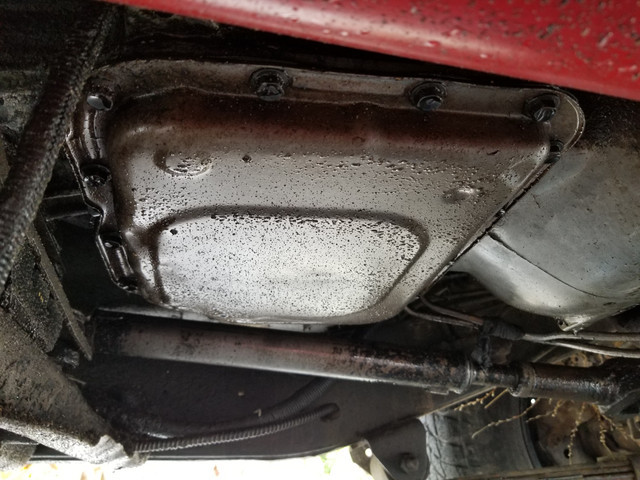 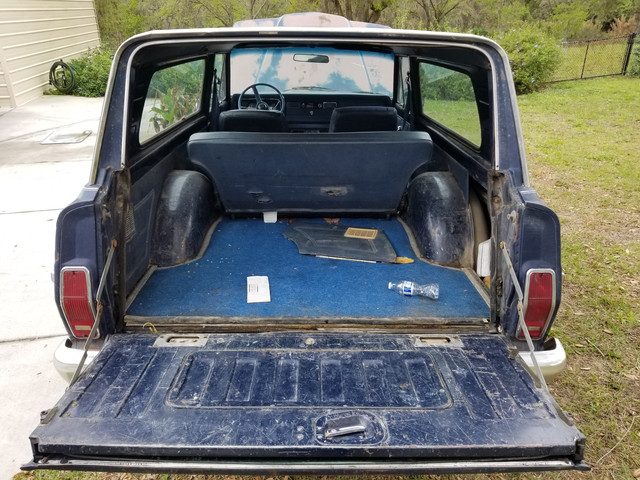 Checked the rear window and it does function, as do all of the lights minus the hazards. Trying to figure out if the hitch I have was a dealer add on or aftermarket. Looks like I have an amc 20 rear? Cant remember the front off hand but it looks like the one on my j10.

Jer' get the Ansan 5 slot mags if you can find them. THose are nice when polished
Top

Yeah I'm keeping my eye out. If I can find some cheap steel wheels I would try to pick up the factory hubcaps, but either way I'm gonna need some tires before it becomes roadworthy because the el cheapo's from 2006 are dry rotted to heck. Trying to decide what tire size I can fit with no lift.

Got a picture of the three AMC's in the driveway today. 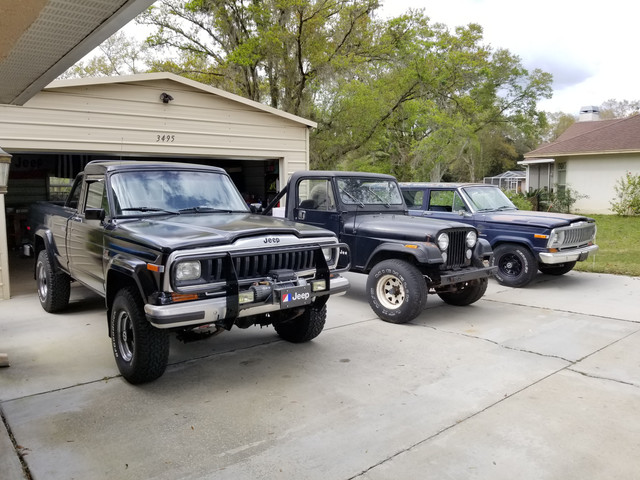 Look at all that driveway space! You could extend the garage out 16 ft and have room for 3 more AMCs, FOMOCOs, Mopars etc