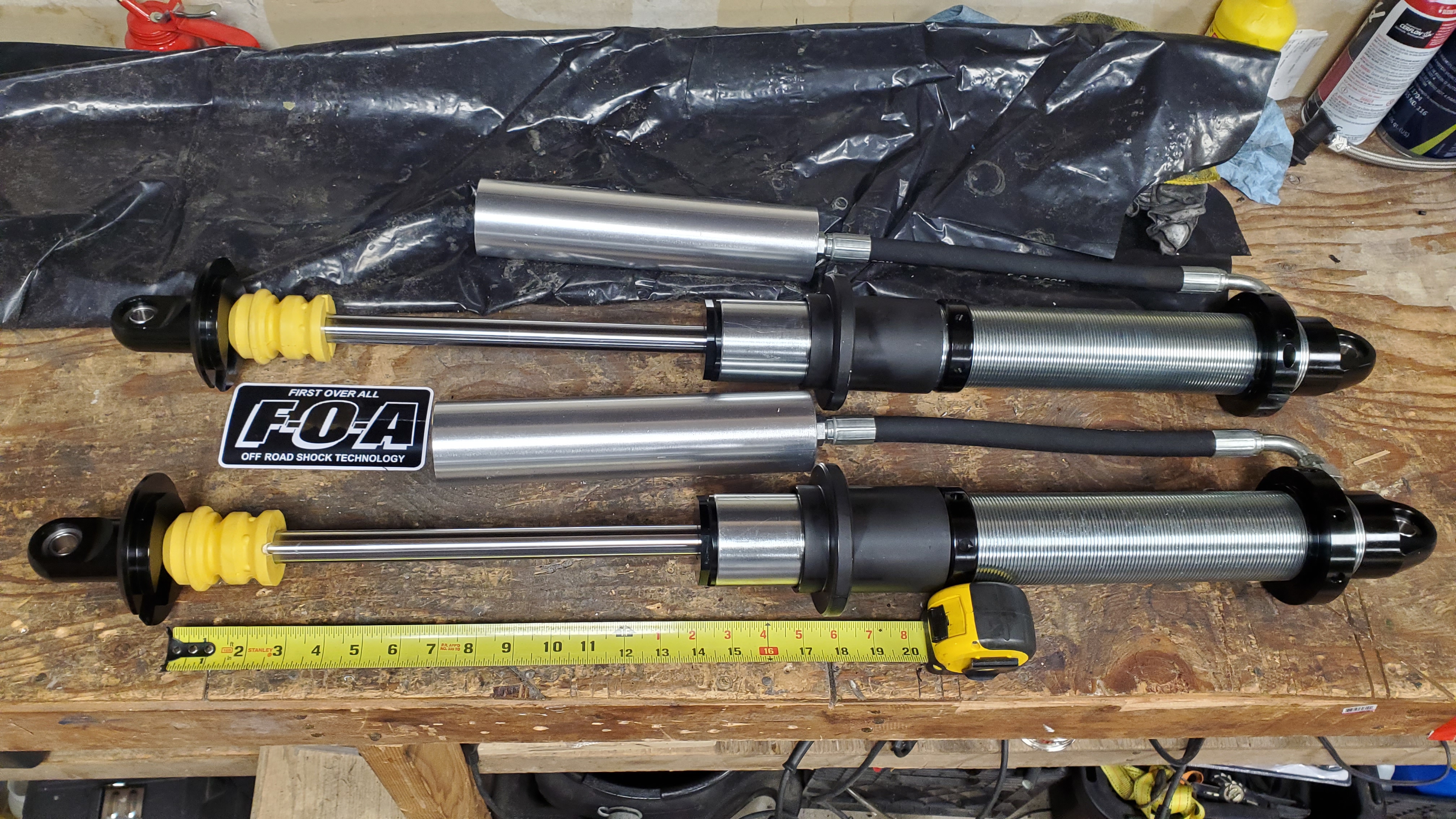 14" of travel - As recommended by a few of the guys that I've wheeled with in the past (they all went with 12" and wish they had gone with 14" on the same super duty Dana 60 front with long radius arms).

Today I got to tear into the 1993(ish) NV4500 I'm going to use. It seemed very tight and smooth just from shifting it and spinning the input shaft in all gears but I felt I'd regret not at least popping the lid on it to take a peak inside for any obvious issues. I'm glad I did - I found NO major issues and only one thing that I wanted to fix. 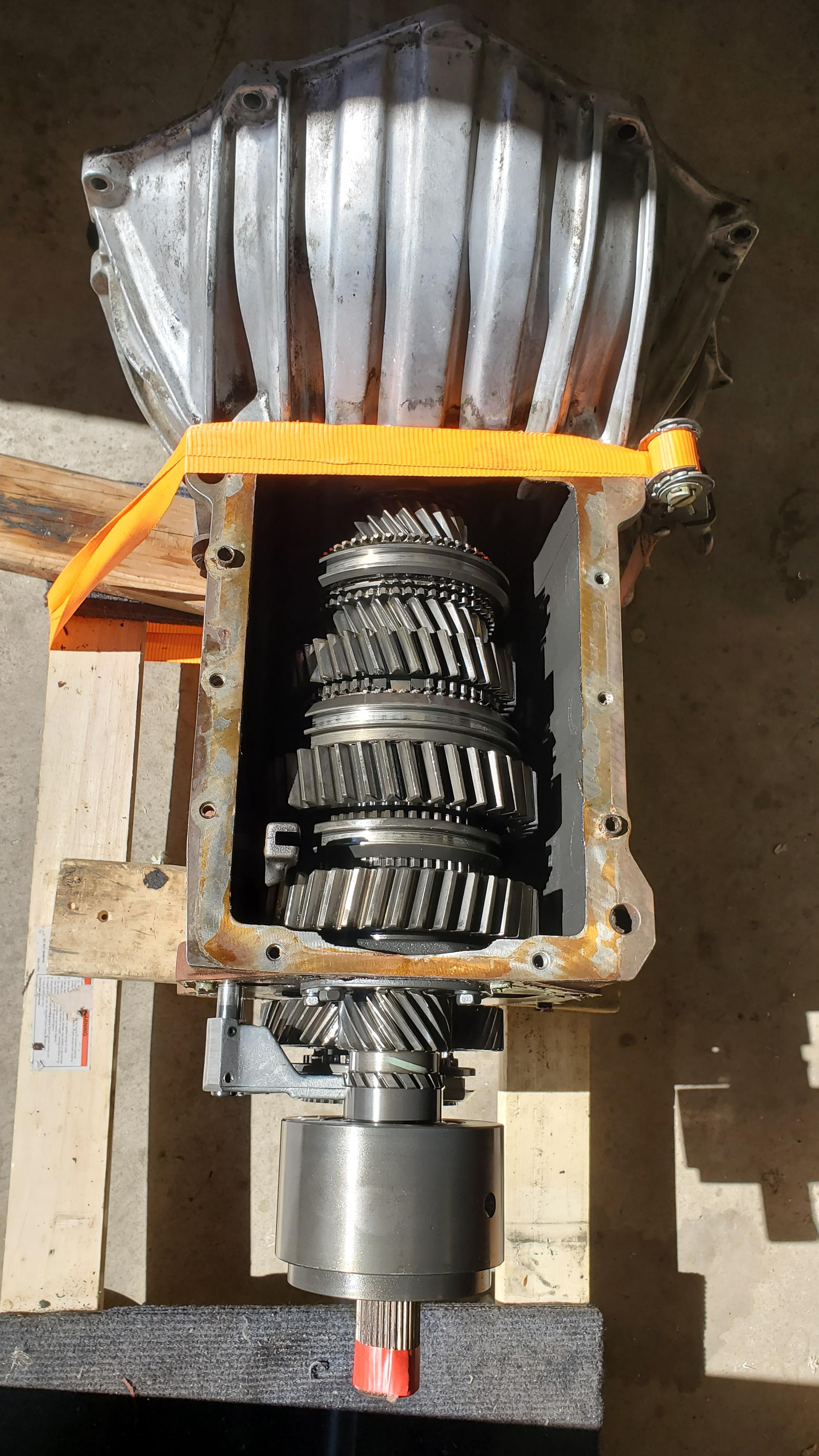 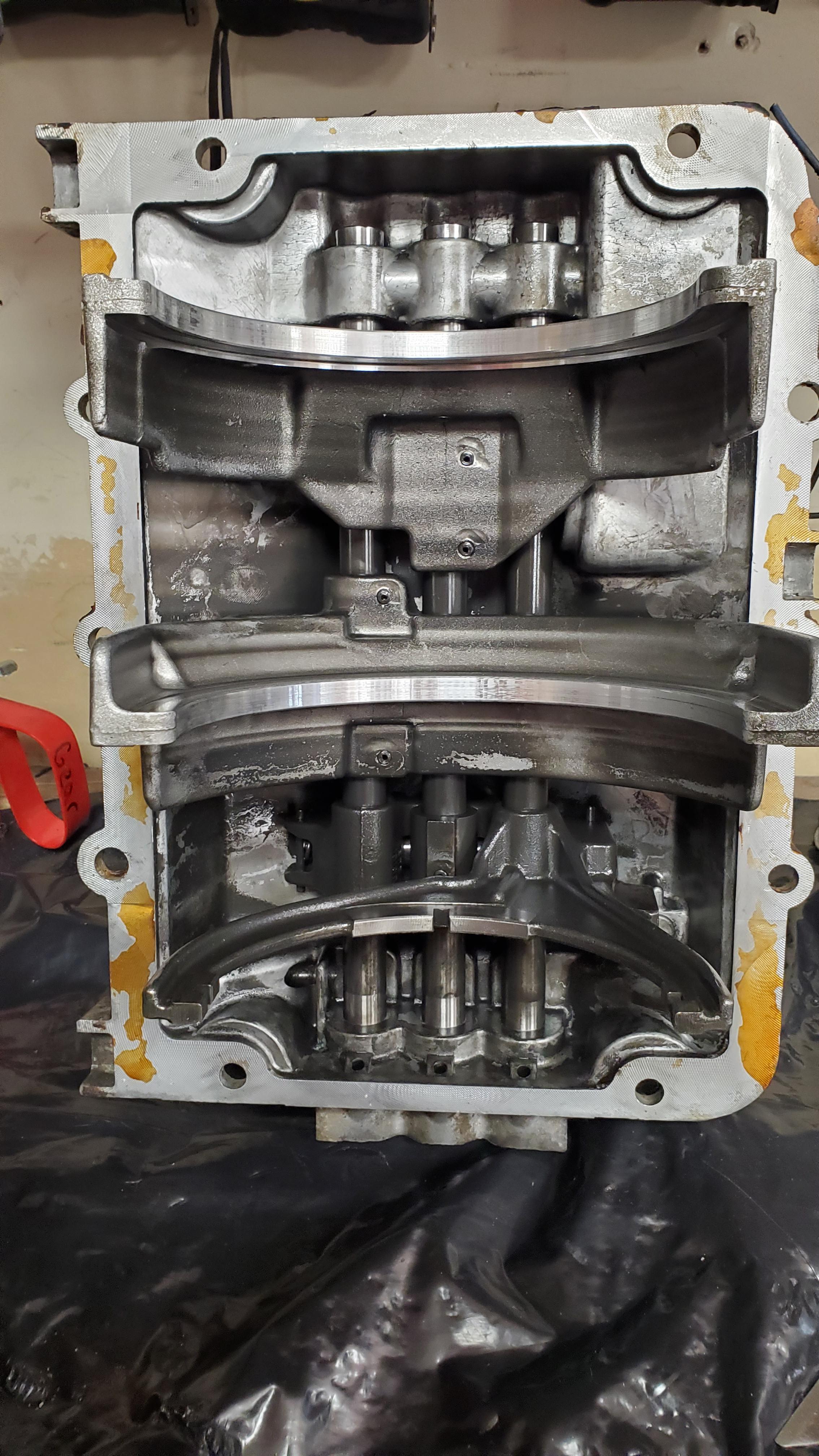 The reverse shifter fork is exactly as it should be for an early GM NV4500 model - but it is missing the slider pads that sit on it. $8 from TorqueKing4x4 for ease of mind!

The other issue that you'll commonly read about on NV4500s is the loosening of the coupler nut holding 5th gear onto the output shaft. One thing that I learned in researching this further and taking the tail housing off my own NV4500 is that this issue is primarily only found in high HP/Torque applications - namely diesel applications. Another thing is how it happens on the output shaft and the fix for it - It happens because there is just a thin coupling nut holding 5th gear on and nothing behind that nut preventing it to back off, the fix is to either add more threaded grub screws to the coupler nut to lock it in place or place a spacer behind the nut so it essentially has no room to back off.

The early GM NV4500s don't really have this 5th gear issue though - and taking mine apart you see why. The large harmonic balancer (which is in great condition!) is essentially a spacer so 5th gear could never slide off fully. The coupler nut holding 5th gear on mine had 0 play - this could also because it lived behind a relatively modest power engine too! 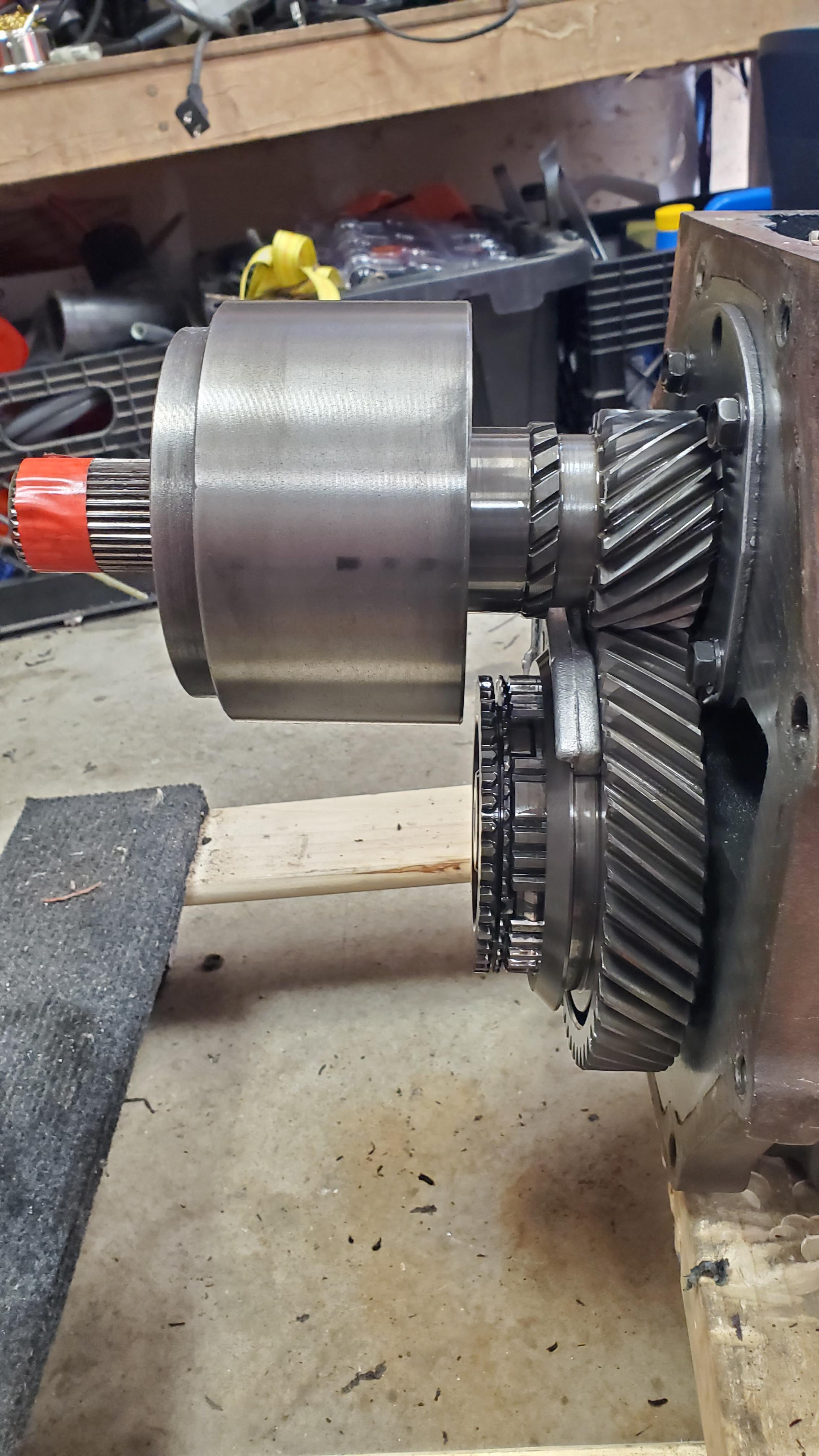 I also got an input shaft seal that I will replace for ease of mind and then RTV this thing back up and get it ready for mock up! I'm fearing a custom crossmember may be in order for the NV4500 mount + NP241. This is only because of the experience I had last week fabbing one up for my buddy with the exact same engine/trans/tcase setup - the front output of the clocked NP241 hangs right in the path of his straight cross member but he did not use the factory GM NV4500 rubber mount - so that may buy me enough drop height for clearance. We shall see during the mock up stage!
Top

It's locked to the output shaft - so I believe it's balancing the whole "in gear" moving mass. 5th gear is the only gear that rotates freely on the input shaft, all others rotate on the output shaft. Pretty interesting being able to play with it as I've never opened up a big transmission like this before.
Top

Thanks for the confirmation - I may scrape a few years worth of gunk off to confirm the numbers you gave!

I do have a CJ builder interested in the setup - I'm assuming pulling the bell housing would be worth it before scrapping the block as it sounds unique.
Top
Post Reply
25 posts