Hey all!
Does anyone know a Rust-Oleum or Krylon (or Ace Rust-Stop) color that's close enough to the factory color that nobody would notice? My Honcho/Chief wheels are in serious need of some rust mitigation.

Restored my rims with krylon. Thought it looked really good, if memory serves, there's a really long cure time. Not a pos / neg, but just be aware. Brushed / sanded everything, then primed, then painted. It's a surprising amount of work depending on how "perfect" you want them to look. Good luck!
1987 Jeep Grand Wagoneer
Top

Thanks guys!
I'm no stranger to rattlecanning steel wheels with decent results

These are my winter rims on the DD: 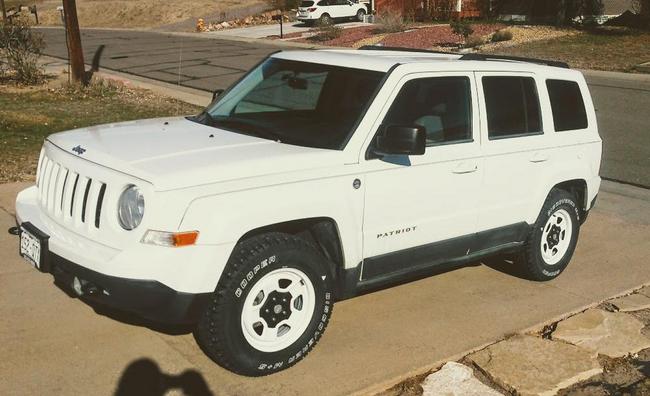 And a close-up because I'm a shameless showoff: 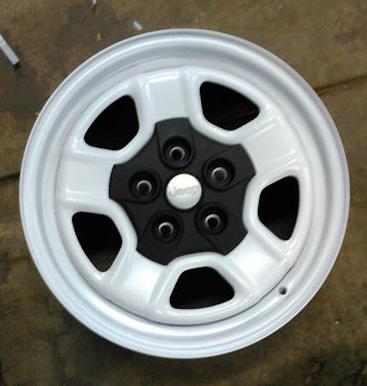 I'd be surprised to see that the wagon wheels were really a "bright white" since the examples available to me suggest some shade of creme, but that's the whole reason I'm asking. I know that US Wheel 70 Series wagon spokes are bright white, this is one I picked up as a miss-matched single for $30 to see if it'd fit on the Patriot (it didn't, 1" offset was a little too much): 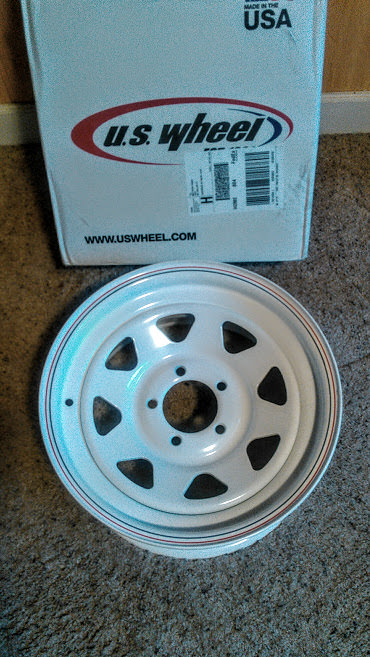 But (and it's a big but, haha!) the Jeep spoke wheels I've got are so yellow/brown it's hard to imagine they were ever a frosty bright snow white: 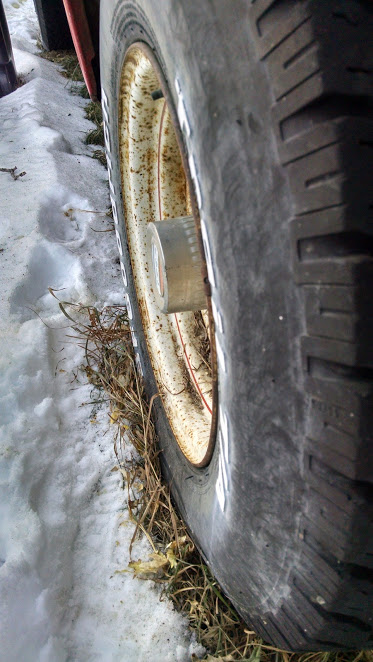 Sorry for the funky angle, it's to dark to grab a fresh pic and that's the best one I've got in the imgur.

I've also recently had eyes on an 83 J10 with steelies (dog dish style) and while the pic doesn't do it justice, they also look like they've always been a creme color. The passenger side (not pictured) has been north-east facing for the last ten years, and the tires+wheels look much less sun-rotted and faded than the driver's side: 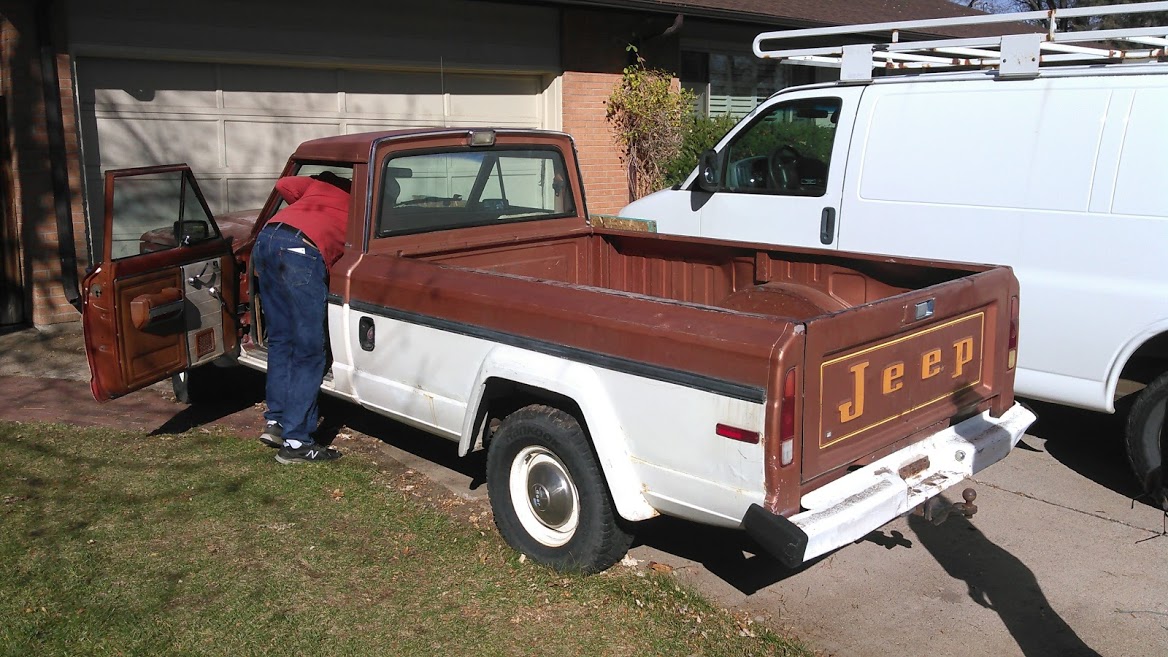 The literature (sales brochures) are too tough to tell. They do look like a bright white in the brochure pics, but EVERYTHING looks extra bright in those pics, so there's no telling what they actually looked like. If they really are bright white with a red stripe, then that's great since it'd be easy enough to replicate. I asked about the Rally's because I'm going to switch to Chevy Rally's I've got lying around since they're a little wider, and they'll fit with the "Honcho" better than the base steelies that are on it. Thanks again guys!
79 J-10 (Honcho Mucho) KE0LSU
304/Performance Fuel Injection TBI/MTA1/SP2P/Magnum rockers
T18/D20/D44s&4.10s/33" Mud Claws
Grizzly Locker Rear
4" front spring drop, 5" rear shackle flip
Chevy style HEI (ECM controlled)
Dolphin "Shark" gauges in a fancy homemade oak bezel
3/4 resto, rotting faster than I've been fixing it.
Top

I've used a Wimbledon White (Ferd) rattle cans on steelies in the past because I prefer the creme-white look, they don't seem to look dirty as fast. I concur that the original white was not a bright white, but shaded towards a creme.

Fleet Fox
I do things my way, and I pay a high price.... JCM
Top

Thanks fleet! I'm gonna give "ivory" from Ace a try on one wheel and see what I think of it. If it's too beige/yellow then I'll just default to bright white.

I just got some new smoothies that I'm painting Wimbledon White (Dupli Color). I knew that's what I wanted and I think it will look great. Have 2 coats on so far. Got baby moon caps for them too. I'll hopefully be wrapping up a bunch of front end work next week. Once I get it driving again I'll post the results with new wheels and tires.
1966 Jeep J3600 Gladiator - AMC 327/T18/D20
Top

Thanks for all the MK love guys! I really like mine. The biggest complaint about them is the CVT, so I geeked out over it for a couple weeks, identified the cause of the cause to the fifth power of their primary failure and yanked the internal filter+changed in some quality fluid and it been a great little car.

I agree about the steelies. Mines a trail rated (Freedom Drive 2) Latitude, so my summer tires are on the alloy wheels. I wanted slightly larger +aggressive winter tires so I got the steelie take-offs from CL. I did some research and know that some 15" wheels will clear the brakes, but not all of them do so it's a crap-shoot (235/75R15 has a brazillion options dirt cheap). The standard CJ white spokes stick out to far, so even stock size tires rub. I tried the funky backspaced one pictured, but they hit the caliper so that's why I went 16"s since they're cheaper with more options than 17", but not as good as 15".

To the issue at hand, I picked up a tire busting pedestal. Might get it bolted to the floor tomorrow and get a tire off a rally wheel to clean up and spray by the weekend.